George is still at it.

TMZ has reported George Zimmerman is still armed and theoretically dangerous … he was stopped by cops for speeding and revealed he had a gun in his glove compartment.

Zimmerman was speeding in Forney, Texas on Sunday, just after noon, when he was stopped by police.  Zimmerman told cops he was headed “nowhere in particular,” and informed them he had a firearm in his glove compartment.

Zimmerman was given a warning, after cops determined he was free of warrants.  He was sent on his way with a polite goodbye, “Have a safe trip.”

The stop lasted around 5 minutes. 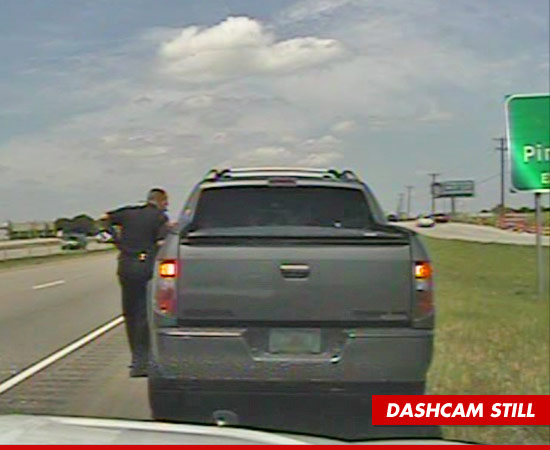