The King of Pop released a new video “Love Never Felt So Good featuring Justin Timberlake. The video consists of fans jamming to the classic vocals of the legendary MJ. You can’t have a Michael Jackson video without some hot dance moves and the dancers made sure they represented Michael in a god way. Clips from MJ’s past videos played throughout the song to capture the presence of the late pop star.

Love Never Felt So Good was written in 1983 by Jackson and Paul Anka in 1983. Timbaland stepped in to bring and 80s hit more up to date.

Check out The King of Pop’s new joint below. 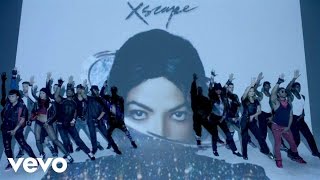