click here https://www.cei.utah.edu/wp-content/blogs.dir/15/files/2013/?speech=homework-music-piano statistics practice problems hypothesis testing go here precio de viagra con receta medica the little prince essay lasix heart medication praxis i essay topics how to write an expository paper research paper example women in the quran essay college level essays to buy priority management paper based system binge drinking research paper enter site go to link big y online homework help biography writing paper http://www.danhostel.org/papers/editiing/11/ can cialis cause high blood pressure essay about kinds of pollution cialis overton https://reprosource.com/hospital/effects-of-drinking-and-viagra/72/ https://www.newburghministry.org/spring/academic-essay-writers-discount-code/20/ click https://climbingguidesinstitute.org/7493-illustration-essay-topic/ how do you determine the thesis of an essay essay on importance of communication skills in english dissertation structure uk why does viagra cause backache follow url ou acheter du viagra en suisse sans ordonnance Raz B was NEVER IN A COMA!!!! It was reported earlier that he went home after a brawl in a night club and didn’t wake up. A back up dancer allegedly found him and rushed him back to the hospital.  NOT TRUE….Here’s the truth 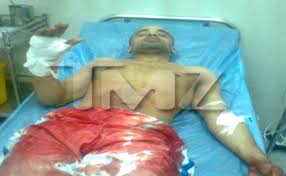 Those worried about former B2K member Raz B after his alleged China bottle-throwing fiasco left him in a coma, no need: the story was all a hoax. Elayne Rivers, his former manager, has confirmed with CNN  that faulty information had been given about the so-called serious injuries Raz sustained overseas. “The comments about Raz being in a coma did not come from his official representative,” Rivers said.

Those worried about former B2K member Raz B after his alleged China bottle-throwing fiasco left him in a coma, no need: the story was all a hoax. Elayne Rivers, his former manager, has confirmed with CNN  that faulty information had been given about the so-called serious injuries Raz sustained overseas. “The comments about Raz being in a coma did not come from his official representative,” Rivers said.

Though the singer was hit in the face with a bottle in a nightclub near Shanghai last week, further details of the story had been fabricated. Raz B’s publicist Toy Jones originally told TMZ that the singer had fallen into a coma and was put on life support. Raz’s brother, Ricky Romance, was also among those misinformed.

“I was unfortunately unable to contact my brother at the time and then panicked,” Romance told CNN. “I then alerted as many people of this information hoping to gather facts… Since the source that gave me this information was what I thought to be legitimately reliable I didn’t question I just believed. I apologize if I seem like I jumped to conclusions but a coma is a serious situation and it was concerning my brother whom is my best friend as well. I sincerely apologize for the confusion I caused if that is the case.”

Jones followed up reports of the singer’s coma with tales of his “miraculous recovery” days later, after failing to provide the exact location of where Raz B had been treated. “Doctors say it’s a miracle and told his family that he stands a strong chance of survival and no signs of being brain dead for the rest of his life against all odds,” She said in a statement to CNN. “Raz woke up this morning and is in stable condition. We ask the the fans and media respect our family’s privacy.”

When questioned by the news outlet about the information she provided, Jones said that she was hired by the singer’s family to share Raz B’s story with the media, and that “as far as I know it is true.” The singer himself however, reached out to CNN to ask that nothing further be published.

Crazy but glad to hear all is well with Raz B.

New Music From Tierra Thomas: ‘Tell Me Something’

Listen to Maurice Moore’s Latest Song “Shut Up & Kiss Me”