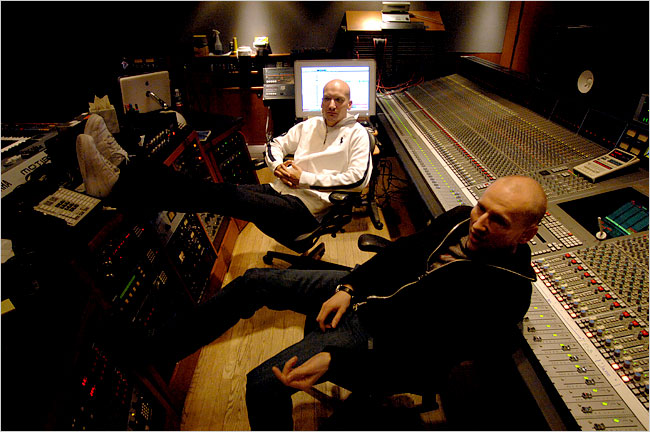 Many of the top songs in the early to late 2000s were produced by the talented Norwegian group StarGate. The duo can definitely create an instant classic for any artist. StarGate broke onto the American scene in 2006 with co writing the No.1 single So Sick by Neyo. It wasn’t long after the Norwegian duo would become a house whole name.

StarGate started off a trio including member Mikkel Eriksen, Tor Erik Hermansen and Rustan. Back in Norway Eriksen already owned a studio. While Hermansen was a talent scout for the Norwegian branch of the record label Warner Music Group. Rustan was a mechanical engineer. StarGate’s 1st successful production was with a Norwegian R&B singer Noora Noor. They later ventured into the British market writing mostly for Pop an R&B singers. StarGate started to  create a little buzz in the music industry overseas, but the men wanted more. Eriksen  and Hermansen knew they would have to relocate in order to have a successful career. Rustan decided to stay with his family and StarGate became a duo.

With all of the success coming their way. StarGate was fortunate enough to meet Ty Ty a Def Jam A&R and good friend of rapper JayZ. Ty Ty later introduced StarGate to JayZ, from here StarGate formed StarRoc on RocNation. They also signed a global publishing deal with EMI Music Publishing. The men of StarGate ventured off to do side projects. Mikkel Eriksen owns part of the Norwegian clothing firm Jonny Love. While Erik Hermansen is part owner of St. Lars an award-winning restaurant in Norway.

Keshia Chante is “Hot Like Fire” In An Aaliyah-Ispired Photoshoot