To no ones surprise Beyonce is still reigning Queen Supreme at the number one spot when it comes to cash flowing into the bank however a few of the cash cows may surprise you.

Check out the top 15 R & B earners and tell us what you think.

Melanie Fiona is an award-winning Canadian R&B singer who has a net worth of $4 million. Melanie Fiona made a big impact back in 2009, releasing her debut album The Bridge. The album produced a string of hits including ‘It Kills Me’, which ruled the Hot R&B/Hip-Hop chart for ten weeks. The single earned Fiona her first Grammy award nomination for Best R&B Vocal Performance

Christina Milian was born in New Jersey and has an estimated net worth of $4.5 million dollars. A singer-songwriter, producer, dancer, and actress, Christina Milian has released three studio albums to date, with a fourth untitled album to be released in 2011. She has had two top ten hits in the UK and one in the US, and has been nominated for two Grammy Awards.

Trey Songz (Tremaine Aldon Neverson) is a Virginia-born singer-songwriter, rapper, producer, and actor with an estimated net worth of $10 million dollars. Trey Songz has released four studio albums since appearing on the music scene in 2004, beginning with his debut album, “I Gotta Make It”. He won a Grammy Award in 2009 for the song, “Ready”.

John Legend was born in Ohio and has an estimated net worth of $15 million dollars. A singer-songwriter, musician, and actor, John Legend first began to gain attention collaborating with various artists such asKanye West, Alicia Keys, and Lauryn Hill. He released his debut album in 2004 and quickly shot to full-blown stardom. He has received nine Grammy Awards and his fourth studio album was released in 2010

Bruno Mars is an American singer-songwriter and record producer who has a net worth of $15 million. Born Peter Gene Hernandez in 1985, Mars started making music at a young age and performed in a string of behind-the-scenes jobs before making a name for himself. Raised by a Hawaiian family of musicians, Bruno got involved in manifold music engagements early in his career

Monica is a Georgia-born singer-songwriter, producer, and actress with an estimated net worth of $15 million dollars. Monica released her debut studio album, “Miss Thang”, at age 13. The album yielded two chart-topping singles. She has released six studio albums and had six #1 hits. She also starred in the hugely popular MTV-produced movie, “Love Song” in 2000. 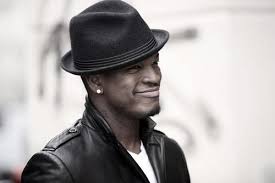 Ne-Yo (also spelled Neyo or NeYo) (Shaffer Smith, Jr.) was born in Arkansas and has an estimated net worth of $16 million dollars. Ne-Yo is an award-winning singer, songwriter, producer, dancer, and actor. He has had five songs in the top ten on the Billboard 100 and has had two albums reach #1 on the Billboard 200. He has also written a number of hits for other artists 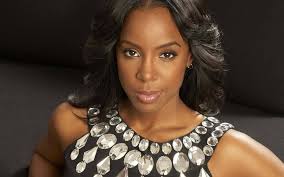 Kelly Rowland was born in Atlanta, Georgia and has an estimated net worth of $18 million dollars. A singer, dancer, model, and actress, Kelly Rowland rose to fame with the wildly successful girl-group, Destiny’s Child”. Since Destiny’s Child disbanded in 2005, she has pursued as successful solo career with her third solo album due out in 2011. She recently scored a worldwide hit with the song, “When Love Takes Over”, a dance track performed in collaboration with DJ David Guetta and the release of her fourth studio album “Talk the 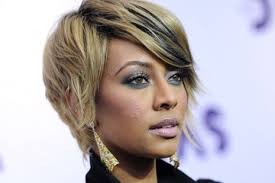 Keri Hilson was born in Georgia and has an estimated net worth of $22 million dollars. A singer-songwriter, Keri Hilson began her career writing hit songs for other artists. Her debut solo album, released in 2009, went Gold, and netter her two Grammy nominations. She is a regular guest performer on other artists albums, including Timbaland, Nas, and Sean Paul. 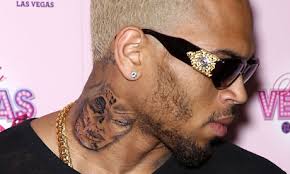 Chris Brown is an American R&B musician; since making his debut in 2005, he has released three albums and acquired a net worth of $24 million. Brown grew up in Tappahannock, Virginia, and taught himself to sing and dance, later citing Usher, Michael Jackson, and his parents’ soul records as major influences. With his mother’s help, he sought a recording contract in his early teens and eventually moved to New York to find representation. He recorded his debut album, Chris Brown, at the age of sixteen, and his single “Run It!” made him the first male artist to debut a single at number one on the Billboard charts since Montell Jordan in 1995. And the rest is history 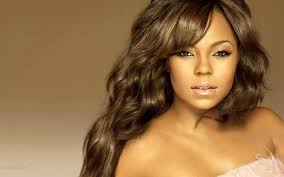 Ashanti was born in New York and has an estimated net worth of $40 million dollars. A singer-songwriter, producer, and actress, Ashanti burst onto the music scene in 2002 with her debut album, “Ashanti”. The album set numerous records, including becoming the first album by a female solo artist to have three songs in the top ten on the Billboard Hot 100 in the same week.

Rihanna net worth: Rihanna is a Barbados-born singer/songwriter who has a net worth of $90 million. Rihanna, who was born Robyn Rihanna Fenty, earned her net worth as one of the most popular and commercially successful music artists in the world today. Rihanna used singing as a way to cope with the turmoil of a rocky family life. On the advice of her then record producer, Rihanna moved to the United States at age sixteen to pursue a career as a singer/songwriter. After her demo was heard by former rapper Sean Carter, aka Jay-Z, and then CEO of Def Jam Records, Rihanna was invited to audition for him and immediately signed.

Recording artist and actor Usher has a net worth of $110 million. Born in Texas but raised in Chattanooga, Tennessee, Usher’s family recognized his vocal talent early on and moved the family once more to Atlanta where Usher began a series of small recordings, appearances and guest vocals during his youth. Starting when he was only sixteen years of age, Usher has released six studio albums, his last three albums having consecutively debuted at the number one position on the US Billboard 200 chart. Five of his albums have been certified platinum by the RIAA (My Way, 8701, Confessions, Here I Stand) with Confessions selling over 10 million copies and achieving a diamond certification in the USA. His ten hit number one singles include U Remind Me (8701), OMG (Raymond v. Raymond), and Yeah! (Confessions), which reached number one across nine countries and became the best performing single of 2004 in the USA.

R. Kelly is an American singer, rapper, and record producer with a net worth of $150 million. Born Robert Kelly on the south side of Chicago, Kelly dropped out of high school to perform as a subway musician, but eventually won the $100,000 prize on the television talent show Big Break. He signed with Jive Records in 1991 and released the album Born into the 90s with his group Public Announcement 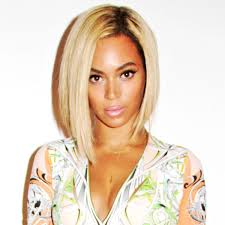 Beyonce Knowels is a popular American singer, actress and fashion designer who has a net worth of $350 million. Beyonce earned her net worth primarily through her career as a incredibly successful recording artist. Before going solo, Beyonce was the lead singer of the girl group Destiny’s Child. Destiny’s Child recorded many hits and won dozens of awards.

Tamar Braxton ‘All the Way Home’

Video: Marques Houston – “Only You”

“Big penis, big bank account or big heart. What comes first to you when deciding on a mate?”