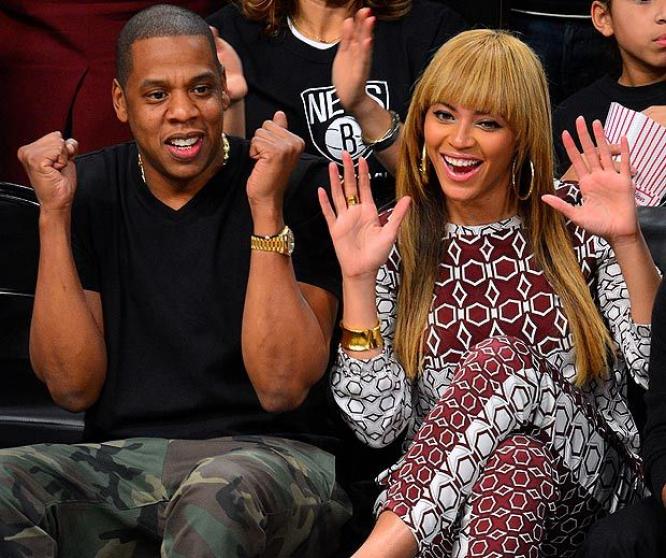 Power. It isn’t that you have, its what you do with it. RnB Magazine has compiled a list of the most powerful black musicians this generation has seen. Take a look at who made the list and what they have done with their power.

Who do we call the King of Pop and is known for the famous moonwalk? I hope you said it, Michael Jackson. As we all know Michael started out in show business as a youngster without him knowing that he would grow up and be a star. Michael always had his mind set on the prize and never lost sight of his dream. The Jackson 5 all grew on us with “I Want You Back”, their first single but as they got older Michael never lost sight of his goal. He started a solo career and enhanced us all with his talent. From there on out, Michael was an icon. No matter who tried to compete with the Jackson 5 star, everyone knew it would only be one Michael.

This wise man once said, “I’m not a businessman, I’m a business… man.” If you guessed Shawn Carter known as Jay-Z than you know he is a business walking. Jay-Z had a dream and he stuck with his dream no matter what he had to go through to get it. He went from being a hometown rapper to a CEO of his own record label which is now called RocNation. During his endeavors, he started his own clothing line, RocaWear and managed to own part of the Brooklyn Nets basketball team. During the height of his career he started dating and later marrying Beyonce’ Knowles.  In 2012 they added a new addition to their empire and her name is Blue Ivy Carter. Although he is one of the most successful and wealthiest entertainers, Jay-Z is one person who has never forgot his humble beginning which makes him so powerful.

This young star’s parents started her in a variety of singing and dance competitions, which paid off in the long run. Beyonce’ Knowles Carter is a legend and can never be replaced. Throughout the years of her fame she blessed us with top selling albums, outstanding performance in movies, and well written songs. From singing in a girl group Destiny’s Child to evolving into her own solo career, Mrs. Carter has really made a name for herself. Using what she has learned from her designer mother, managing father, and mogul husband Jay-Z she has built an empire everyone tends to look up too. The” Bow Down” singer is a role model not only to people in the United States but internationally.

The start of 1972 was when we were introduced to a legendary icon named Charlie Wilson. He started his funk journey with The Gap Band which was composed with him and his brothers. Getting their jiggy on throughout their career, Wilson went solo which went worldwide. He started working with up and coming entertainers such as: Kayne West, Justin Timberlake, Pharrell, Snoop Dogg, and the list continue to go on. He got the name “Uncle Charlie” from the young artist he encountered and it seemed to catch on to the rest of the generation. As of today at the age of sixty, Charlie is still amazing with his talent.

The First Lady of Neo-Soul better known as Erykah Badu is a very powerful woman of black entertainment. She started her voyage at the age of fourteen free-styling at a local radio station showing that she can hang with the big dogs. She is much known for her sense of style with her very large head wraps. Badu has strong beliefs whether it’s about herself, the American people, or the history of her African ancestors. As her career went on she confirmed that her music was able to interest people. With so many number one hits and albums, Badu also appeared in a couple of films. Not only is she an entertainer but she is a spokesperson for the African American people.

Radio comes on playing the Ignition Remix; you automatically get a feel of who this man really is: R.Kelly. Born as Robert Kelly, but later changed his stage name to R.Kelly. He has been in the industry strong since 1989 giving us nothing but the best R&B, Soul, and Gospel. As you know most artist have a gospel background, Kelly was giving a Grammy Award for the song “I Believe I Can Fly”.  Don’t let that fool you, he also has a background in music for the grown and sexy such as “Bump n’ Grind” or “Your Body’s Callin’’. Till this day R.Kelly is still blessing us with his remarkable music and talent.

Whitney Houston, rest her sou,l was a notable powerful entertainer throughout her days. Whitney grew up in the church and came from a family of singers herself. With her astonishing beauty and wonderful voice Houston appeared on the cover of Seventeen magazine making her one of the first women of color to be on the cover. Because of her mother she met most of the icons in her day, so meeting them inspired her singing career. Houston became an international idol for  anyone who listened to her music. She graced everyone with her mellow voice and how sweet of a person she was. Closer to her death she left us with a powerful remembrance of her, starring in the movie Sparkle. Just ask any female in today’s music for their top five icons, and I bet Whitney Houston would be one of them.

Since the age eleven this icon has been signed to one of the most renounced record labels around, Motown Records. Stevie Wonder has always been a powerful entertainer because of his musical talents. Being blind since shortly after birth, Stevie has always put his talent to use whether it was using his vocals, piano, harmonica, etc. The twenty-two Grammy Award winning singer has a legacy that not many can even compare with. He has received the Lifetime Achievement Award and also an Academy Award for Best Song. He has never discriminated between genres; either it was Soul, Pop, Rock n’ Roll, Funk, R&B, or even Jazz. Internationally known, his music has escalated to the top anyway possible.

Known as the Piano Queen, Alicia Keys has gained a lot of power in the world of music with her outstanding voice and talent on the piano. At the age of four, Alicia played on the Cosby’s as one of Rudy’s sleepover guest. Her mother made her go to dance and music classes, where she learned how to play the piano. She has over a variety of music and actress roles in her time in entertainment. She has been in the game since 1996, and knows the ropes of the industry. Recently she married and started a family with beats maker Swizz Beats. Key’s is also a philanthropist, being the co-founder of Keep Child Alive which gives medicine to families with HIV and AIDS in Africa. She uses her fame and fortune to help others and that makes her such a powerful person in black music entertainment.

Born and raised in Compton, California Andre Young known by his industry name Dr.Dre is a Hip-Hop icon. He is the founder and CEO of Aftermath Entertainment and Beats Electronics. He was a former co-owner and an artist of Death Row Records. Dr.Dre is influential because he has founded some many people in black entertainment world such as: Snoop Dogg. Eminem, NWA, 50 Cent, Kendrick Lamar and many more. Most of the hot songs and beats that you hear on the radio are produced by him.  He has also changed the music industry with his groundbreaking headphones, called Beats by Dr.Dre. They have mainly covered the east and west coast and also in other countries. Dre has used his gift to identify talent to the world and which has made him a powerful entertainer. Just think about it, if there wasn’t a Dr.Dre then who would have discovered all that great talent and made all the hot tracks?

Can Fear Be Calmed During Sleep?