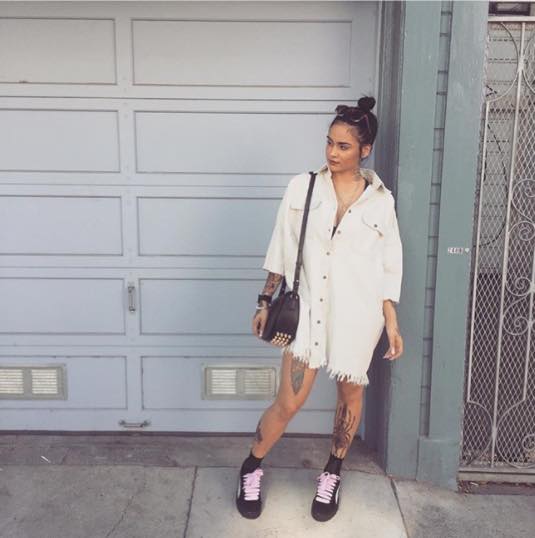 Oakland native, Kehlani a.k.a BAElani came with the takeover in 2015. Her first mixtape Cloud 19 featured hit singles, “FWU” and “First Position” that put us on her wave. Her second mixtape You Should Be Here went number 5 on Billboard and number 1 on Itunes and is nominated for a Grammy. Did I mention this is only a mixtape? Not an album!

We love KehBae (Yep that’s my nickname for her) and it’s self explanatory why she will always be bae.

5.) She Sells Out Tours
It was a weekday morning, and after being stoked and telling my friend all about the You Should Be Here tour, we were ready to buy tickets. Luck wasn’t on our side that morning. After two minutes of getting to the website, selecting the city and number of tickets, it was sold the hell out! I couldn’t believe it. I had been waiting days to buy these tickets and in a drop of a dime, BOOM they we’re gone. My advice to you is to be prepared way ahead of time. No bathroom breaks!

4.) She Is 100% Loyal
That’s right. Bae is a ride or die friend. In fact, her whole “Tsunami” crew consists of her best friends. Her Dj, dancers, manager, and team are her closest friends. In other words, if she eats, her whole crew eats! Now that’s loyalty.

3.) She Is A Star Wars Fanatic
KehBae is obsessed with the whole Star Wars franchise. She even named her cat Jedi 🙂

2.) She Loves Her Fans
And when I say “love,” I mean she really loves her fans. KehBae is always communicating with her fans via social media and in person. She participates in meet and greets-through sickness and in health-nearly every show. Kehlani is devoted to her fans and has proven this during many occasions. Bae was extremely sick during one of her tours, but still managed to surprise fans with a “pop-up” shop. Everyone that meets her has nothing but positive comments to say about her.

1.) Her Music Changes Lives
Have you listened to her music? If not, I suggest you head on over to her website www.kehlanimusic.com or Itunes and get yo life. Fans have mentioned her music has saved their lives, help them cope with bullying, come out to their parents, and get through another day.