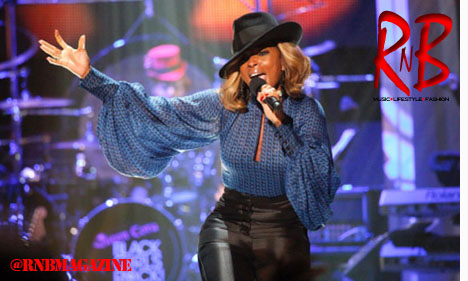 Black Girls Rock was highlighted with performances by Melanie Fiona, Estelle, Mary Mary, Mary J. Blige, Jill Scott, Erykah Badu, who trekked to NYC’s The Creator’s Project festival afterwards to DJ, and more. Newcomer Elle Varner also took the stage and performed her single “Only Wanna Give It To You” sans featured guest J. Cole. Varner told Billboard.com’s The Juice that at this point she doesn’t have a release date for her debut effor but that it “will happen this winter.”

“I’m excited to see everybody. Of course Mary J., Jill Scott, and Erykah Badu!” honoree Angela Davis said and she was not alone. Egypt Sherrod of 107.5 WBLS and Young Money’s Shanel (SNL) also expressed their excitement to see Jill Scott hit the stage and perform. With a Billboard 200 No. 1 album under her garter belt, Jill Scott, who’s recent album “The Light of the Sun” peaked at No. 1 on the Billboard 200, keeps rocking due to one thing: love. “I’m so loved. I’m loved by my parents, my mother, my father, I’m loved by my child, my friends, my fans. I’m loved by the creator and I know it and I’m very aware of that and that’s what keeps me motivated because sometimes a girl just wants to play video games.”

Black Girls Rock honorees, Tatyana Ali and Taraji P. Henson, are both getting ready to dive into musical projects themselves. Ali, who released her first album, “Kiss The Sky” in 1999 said that she’s been speaking to some of her former producers since becoming the star of “Love That Girl” and is “hopeful” that something will come to fruition.

As for Taraji P. Henson whose voice we first heard in the film, “Hustle & Flow,” let The Juice in on a little secret — she just signed a record deal. “I just signed a contract for a record deal. I did, but it has to be something special. I’m not interested in disposable music.” Taraji went on to say, “I believe people want to hear it, so you have to give the people what they want.” Like a true artist, Taraji said that this is about getting her feet wet and that it’s not about the money, but about exploring a gift that she’s been given.

But on Monday (Oct. 17) , a rep for Henson denied that any deal had been struck, saying the actress was likely “kidding.”

Badu opened the show with her classic “Appletree” and the incomparable Mary J. Blige closed the show with vintage tracks (“My Life,” “Just Fine”) that summed up the night perfectly. They were the bookends and truly exemplified why Black Girls Rock.

The Black Girls Rock 2011 Awards will air on BET Nov. 6 at 8PM. Until then, check out who took home awards.

Los Angeles! Pretty Ricky To Perform $10 Show At The Novo