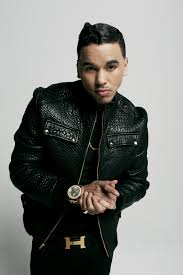 Up and coming Singer, Adrian Marcel is working on his impending LP, which he is calling, Got Me F’d Up or GMFU for short. The Singer has worked hard for months with Republic Records in order to release his album at the start of 2015. Marcel assures his fans that he believes this LP is a step up from his previouspopular mix tapes, which created immense revenue for him in the first place. Aside from his Mixtapes, Marcel’s song 2AM featuring Sage The Gemini, became quite popular last year, with over 13 million plays on YouTube! For those fans who just cannot wait for more from the forthcoming Singer, Marcel plans to release an EP-bonus before the full project will be launched in 2015.

IN CASE YOU MISSED IT: ANTHONY HAMILTON PERFORMED W/ CHANCE THE RAPPER ON JIMMY FALLON

Cardi B Recruits Kehlani, SZA, and More on ‘Invasion of Privacy’ Album

New Song by Young Indie Arist – DEJA – Speaks to the...