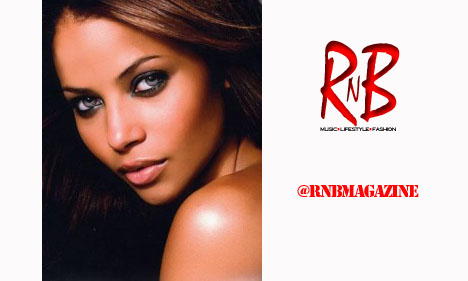 It was probably an extremely difficult task, but the producers of VH1′s “Single Ladies” finally found a new co-star to fill the void left by the departure of Stacey Dash‘s invaluable acting skills.

And, what’s even better is that they’ve found a young lady who looks enough like Stacey that some people might not even notice it’s not the same person.

The native New Yorker of Puerto Rican, Dominican and Greek heritage, has been cast as a new lead on VH1′s hourlong comedy series. On the upcoming second season of the show executive produced by Queen Latifah, Vasi will star opposite co-leads LisaRaye McCoy and Charity Shea. She fills a void left by the departure of Stacey Dash after the end of the first season.

Vasi will play the new role of Raquel, a close friend of Keisha (McCoy) who is a savvy business woman from a prominent Southern family on a quest to discover passion. “Denise is the perfect addition to the Single Ladies cast,” Queen Latifah said. “She is bringing a fun, new element to the show.”

Single Ladies, VH1′s first hourlong scripted series, is a romantic comedy series about Keisha, Raquel and April (Shea) – best friends with different philosophies on love, sex and relationships, proving not all women have the same desires. The show , which averaged 2.8 million total viewers in its first season (for first 2 airings combined), will begin production on Season 2 in Atlanta in January for a premiere in early summer. “It was a rare and wonderful moment during the audition when everyone in the room immediately knew we had found our Raquel,” said VH1′s EVP original production and programming Jeff Olde said. “Denise’s beauty, style, grace and humor leap from the screen.”