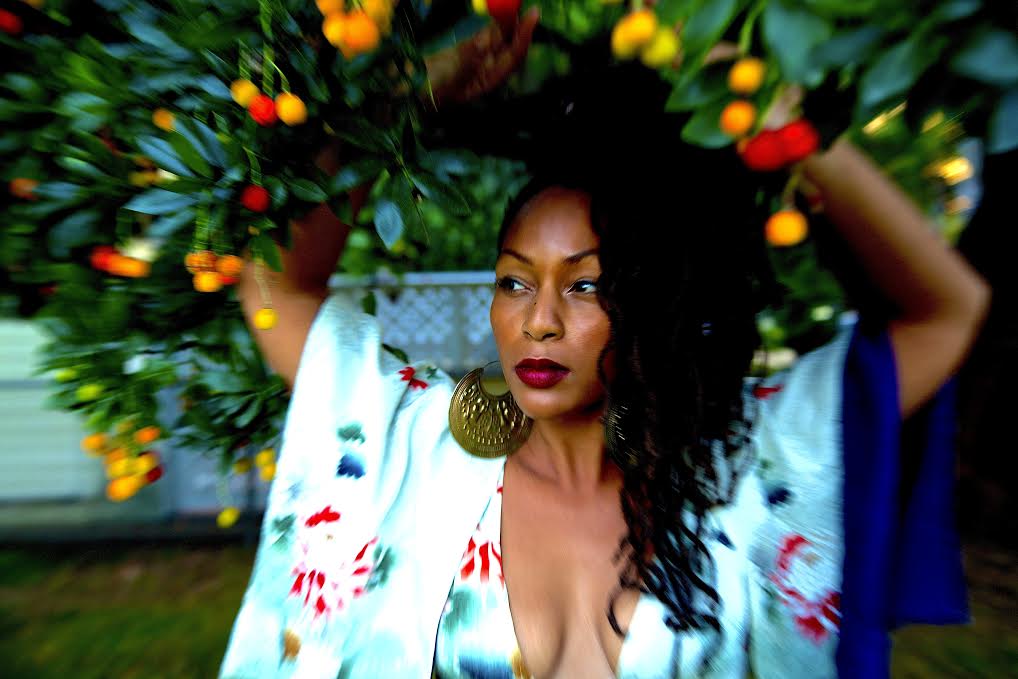 Sitting at a subtly busy café in New York, Singer and Songwriter Amana Melome describes her life journey with music. Coming from a long line of musical talent, the expression comes to her innately. “I come from a Jazz family, so singing came naturally. It was the songwriting that really grasped my passion and led me through the roads of music”, says Melome.

Projecting her intense passion through music as an outlet for her own expression, and her audience’s expressions, Melome admits that her biggest obstacle in life was the uttering uncertainty and diffidence. “There was insecurity about everything; my growth, my body, my visuals, my music. Just about every aspect was shined with insecurity”, says Melome. As an artist she struggled with the perspectives of the outside world, and those who planned to shape her in a certain way. “I would ask myself; do they know better? And do I trust them with my story and my work”, she states.

Over time, the music evolves through the artist’s essence, creating an articulation of self-confidence and becoming an extension of the artist through second nature. “It’s about genuinely putting your heart in the music. I have now found my comfort, and I am now secure and confident with connecting and showing true self with the audience”, says Melome.

Overcoming her doubts, Melome is now able to shine through with her natural, and compassionate free spirit. According to Melome, “it’s about the energy and emotion that is shared through the crowd”.

Finding comfortability within herself and her work, Melome is able to let her music flow from the honesty of her heart and soul. “It is a way of expressing myself, my feelings, or messages from the soul. It’s the heart and colors I am pouring out through emotion. With each song like a conversation, in the end it becomes the emotions I release”, she says.

Working her way through the beauty of life, Melome’s sound has transformed and adapted with her ever-evolving spirit. Melome has traveled the world, and now lives in Sweden. “I believe my music has been influenced through my travels, each country has it’s own slate of instruments and techniques”, she says.

Melome’s first series of work began with her album “Indigo Red”, which revealed the variety of her multifaceted traits. “Indigo Red started as a demo, the producer wanted to pertain to my wide variety of sound to create an RnB/Jazzy experience. We chose Indigo Red because it is a color that does not exist, leaving me outside of the box” says Melome.

Using the transparency of her artistically musical talents, Melome worked effortlessly to produce a new facet to her gem-like personality; “Lock and Key”. “I wanted to do an upbeat song with a cool and bloomed message. I was feeling retro and futuristic, and while I tend to insert messages into my music, this track lets my audience know; you are enough”, says Melome.

The single “Lock and Key” is debuted as the title of her latest album. “It is quite a rollercoaster of vibes, with a number of worlds in each song”, states Melome. As each album progresses, Melome is able to grow and mature with the audience to create an unparalleled connection.