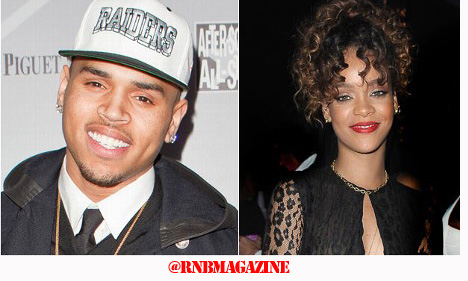 Also, it was previously reported that the two of them, spent 4 hours alone in dressing room at the 2012 Grammys this past weekend. Rumors have been dropping like wildfire these past couple months that claim,the two have been secretly spending time with each other this whole year. As soon as Chris’ protection order was lifted last year,they’ve been hooking up, sources claim.

Close friends of Rihanna claims she still has feelings for Chris, but feels she can’t be seen in public with him, because it might hurt her career. If that is actually the case, a duet song with Chris,might not be the best idea. Stay tune, we’ll see.