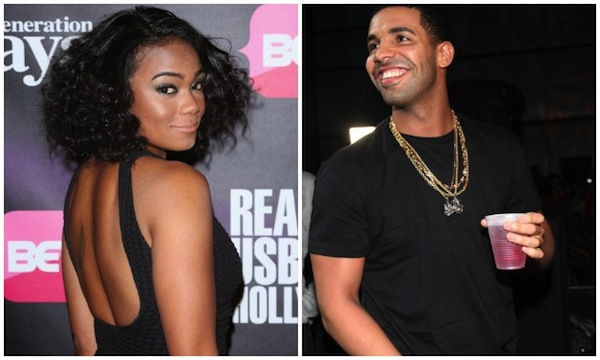 Tatyani Ali, or Ashley from Fresh Prince, has been linking to hip hop playboy Drake.

According To Black America Web:

A recent interview on the HuffingtonPost made star of the new BET series “Second Generation Wayans,” Tatyana Ali, out to be a Drake stan. That or you thought the petite actress and Young Money rapper had something going on! Like most women who swoon over Drizzy, Tatyana finds his voice “sexy.” She visited the #BeautifulOffice yesterday and responded to the dating rumors, saying:

Me and my friends fight over him. [Laughs] It’s his voice. When I feel really sad and lonely I put on Drake. I wrote on HuffingtonPost that I would stalk him not that we we’re dating, that’s totally different.

Tatyana is currently enjoying life as a single girl but we feel like the two can be a match made in heaven. They have several things in common, including their passion for acting and the bond childhood actors share. Hey Drake, if you’re reading, Tatyana’s a great chick, maybe you should hit her up