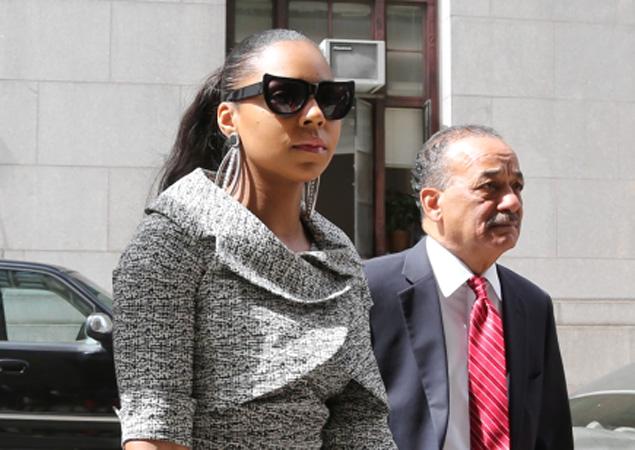 Ashanti can rest a little easier tonight. Her convicted stalker David Hurd was indicted on Friday in state Supreme Court in Manhattan for harassing and stalking the I Got It singer.

Devar Hurd — the Chicago-area pervert convicted in 2010 of sending cellphone pics of his crotch to the R&B singer via her manager mom — has been thrown in jail for allegedly continuing his lurid campaign, this time contacting Ashanti directly via Twitter.

The 35-year-old loon, who on his Twitter profile boasts he is “Livin fun, fit, healthy & nekkid,” sent her more than 100 since- removed “graphic” and “sexual” tweets between getting out of jail in November 2010 and now, prosecutors said.

He is being held in lieu of $750,000 bail and is due in Manhattan court today on charges of felony stalking and aggravated harassment.