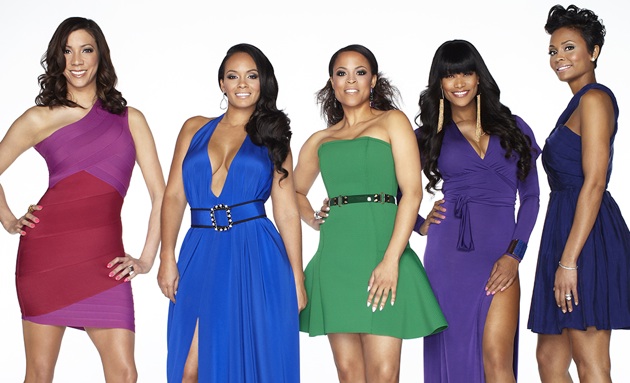 VH1 has released the super trailer for Basketball Wives Season 5 and it is going to be GOOD!! As any true fan knows Royce Reed and Jennifer Williams were not asked back because they were the source of all the drama, according the Shaunie O’Neal— former Mrs. Shaq and executive producer of Basketball Wives.  I doubt Royce needs the check anyway since she  followed 50 cents advice and became someones baby’s mommy and a millionaire but that’s another topic.

With the departure of Royce and Jennifer, the supposedly causes for all the commotion, one is left wondering ‘ how could we possibly be entertained? ‘

Well for starters Evelyn’s friend and Stephon Marbury wife  Tasha Marbury  joins Shaunie O’Neal, Evelyn Lozada, Tami Roman, and Suzi Ketcham. And speaking of Evelyn, she talks about her relationship and short marriage to former football player and reality star Chad “Ochocinco” Johnson. It is obvious after all the dust settled Eve still had feeling for Chad but watch the advice Tami gives her and what Shaunie had to say about it. It made me respect her a little more.

Along with man problems the women seem to have problem among themselves. Tami who seemed opposed to meeting Tasha appeared to bond with her later but Tasha and Suzi’s relationship doesnt go so well. Its like Suzi feels a need to prove she is a badass is the one bucking up this season. Like always she ask inappropriate questions and even attacks Tasha.

And even though no clip was shown of Tami and Shaunie getting physical, there are a few heated exchanges and with Tami’s temper and VH1’s habit of cutting the scene when she stands up quickly, there is always the possibility.

Watch for yourself and tell us what you think. Will you be watching?