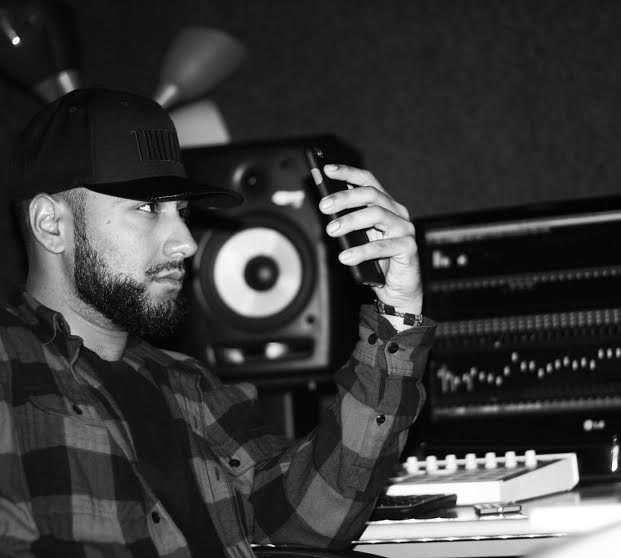 While the Bay Area is known for its unique slang, sandy beaches, and bridges that overlook the beautiful city, we can’t forget about the talent that oozes throughout. The Bay Area might be known for the infamous “hyphy” movement, but the city definitely produces real, raw RnB artists-including one artist in particular.
Jin Luv caught our attention, or should I say ears, when he released his self-titled mixtape last year. His single “Likes” significantly intrigued us as the song discusses women on Instagram trying to get discovered, taking photos to gain likes. His talent definitely does not go unnoticed as his fan base spreads worldwide.
If you want to know more about this upcoming sensation, I suggest you read his interview below. Trust me, you won’t be disappointed.

– Finish this sentence. My name is Jin Luv and I am…
a musical creative that is inspired by real life and the universe we live in.

– How is the bay area’s RnB scene? Who are some of your favorite bay area singers?
To be completely honest, I can’t tell you much about the bay area’s rnb scene. I just know I’m trying to create my own lane inside of it. Can’t pinpoint my thoughts on any singers from the bay, but I occasionally like to ride around and play some bay slaps since I grew up when the hyphy movement was taking place. Since high school I would say Clyde Carson was one of my favorite artists out of the bay.

-Your 2015 self-titled mixtape featured a song called “Likes” that basically acknowledges women on Instagram trying to “work towards a goal.” What are your thoughts on women who post explicit photos on Instagram or other social media outlets to promote themselves?

I honestly love it. This world is crazy nowadays. Instagram has given all these women a way to express themselves in a photo. Some of these chicks are super bold, and give no f*cks. It displays a lot of confidence but at the same time can be too revealing. I’ve started to realize sometimes the fantasy of some of these Instagram chicks is much better than the reality. I feel photos can tell so many lies when you’re not just focusing on a pretty face, nice body or how many followers she has. But then again were living in a world where “sex sells.” So I understand sometimes when I see certain chicks doing what they have to do to survive. 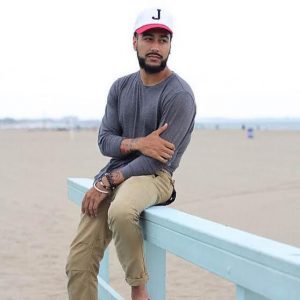 -Since we’re on the topic of women, what is your ideal girl?
My ideal girl would be somebody that happens to be around in my vision when I am being my realest, truest self and just living my life for me. Someone that is living life for them. She has to like to have fun just like me, and be down for all the spontaneous sh*t that goes on in my life.
As far as looks, I’m big on smiles, I like eyes I can get lost in. I like when chicks wear those shirts that show off their stomachs and let me hug on them after a couple drinks. (HEART EYES) Someone that takes care of themselves. Can’t smell bad.

– Was this one of your favorite tracks on that mixtape?

Likes will always be a personal favorite, but if I could pick one it would be “real-luv.” I remember being at an all-time low after a hard break up with an ex. I was sitting in my homie’s garage at around 4am listening to a beat I came across from @neguimbeats (producer from Brazil). I was feeling so much shit, and couldn’t really wrap my head around it. So I started writing everything that I felt and then recorded it. That song was a feeling. Every time I listen to it, it takes me back to how I was felt. So many visuals pop up in my mind. Shortly after I uploaded it on soundcloud, with only a couple hundred plays, a local DJ from Belgium discovered it. Wrote me a message and said he related to how I was feeling after he went through a similar situation with one of his ex’s. We stayed in touch over email and after a year of him playing my songs at his gigs. He got me booked for some shows in Europe. Long story short, If I never went through my situation with my ex , I would’ve never felt some type of way to write that record and would’ve never went out to Europe to play my 1st overseas show. That’s why I love “real-luv.” I turned my negative into a positive, and it all happened for a reason.

– Last year, you and a friend (also an artist), went on The “J” Tour. Tell me a little about that. What cities/countries did you visit? How was tour life?
Oh man that trip changed my life. I realized so much. About myself, about my music, how it brought me so far away from home. It was crazy how it all came together by how one person simply relating to one of my songs. Really made me look up at the sky a couple times and just smile. Never felt so much love. People in Europe appreciate things a little different than we do in the states. I was with a close friend / fellow artist “Just Visionz.” Whom I met in a songwriting class in 07. We’ve been bros since. He’s on a hand full of my records. So it was only right he came along. We played twice in Belgium and then ran through London, Paris, Amsterdam, Rome, and Milan linking up with people we had met online. We handed out cd’s to everyone we came across. I’m actually going back this year. I’ll have the info for all that up soon. 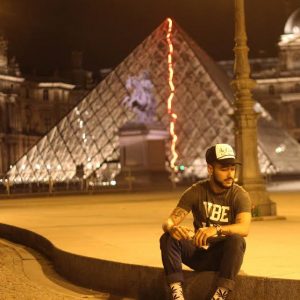 -What would be the perfect collab in your opinion? If you had the opportunity to work with an artist of your choice?
My idea of a perfect collab would probably be Drake on a beat made by both Pharrell & 40, with Pharrell on the hook. I think that shit would be sick.
As far as me having to pick an artist, I’d love to work with. I would say probably Cole. I like how his raps are hella visual. He always tells a story. Plus he is a J like me. J is by far the coolest letter in the alphabet. But yeah, I feel like we would make some fire. I know a producer and a guitar player that could make the perfect track for us.

– What other artists/producers have you worked with? If you could work with one producer to create an entire album who would that be and why?

I actually just cut a 5 song EP with a producer/artist named Trev Case down in LA. Trev is from the bay too . He has a very cool sound. He’s worked and still working with a lot of big names in the industry. Our whole project is some vibey fire just to live life to. All songs were inspired different feelings I’ve felt recently. I’ll be dropping it this summer with a visual to go with each song.

– You are an independent artist. Many artists are taking the independent route. Would you ever sign to a major label? What do you think are pros and cons of signing to a major record label?

I would sign if the situation was right for me and my future. But I definitely want to stay true to myself and the people that are listening. I’m sure there are many pros and cons but my main goal is to spread my music, vibes and love to as many people as possible. 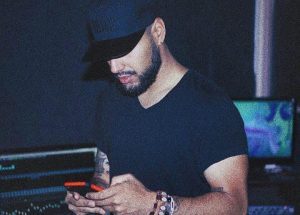 – What is something your fans or friends might not know about you that you want to share with RnB magazine?

Many people don’t know I work a day job. To be honest it sucks taking 8 hours of my day away from just being Jinluv. But my day job helped me invest in myself. Jinluv is my purpose. So I try and put my money back into myself, whether it’s buying beats, studio time, helping my image, equipment, or just catching a flight somewhere for the night to get inspired. If you’re just waking up every day without a purpose you need to find one.

– What can we expect this year from Jin Luv?

Tons of new music and new visuals. Live shows. Merchandise and all around endless vibes.

– How can fans get connect with you via social media?
snap: @jinluv
insta: @jin.luvv
twitter: @jinluvvv

-Is there anything else you would like to say/add?
If you’re listening to Jinluv, from the bottom of my heart thank you. I love this music sh*t. It changed my life for the better. Can’t wait to continue to show each and everyone I’m about. Just want to say a big thanks to Simone and RNB MAG for the interview, I had a lot of fun sharing myself with you guys.

Tinashe Is Bringing Those “Party Favors” To The Turn Up…Calm Down, It’s Just A Song

Mary J. Blige to perform on 400th episode of Idol