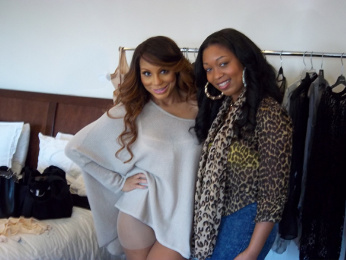 Tamar Braxton shot the music video for hot single, “Love and War,” in Los Angeles earlier this week. This single made many naysayers of Tamar into believers, she is set to release her new album next month. The YBF was there to catch all of the behind the scenes of the video shoot and it was revealed that this visual will show a softer and sensual side of Tamar. Stay tuned for the video coming soon!

Ashanti Talks About Working with Keyshia Cole on “Woman To Woman”