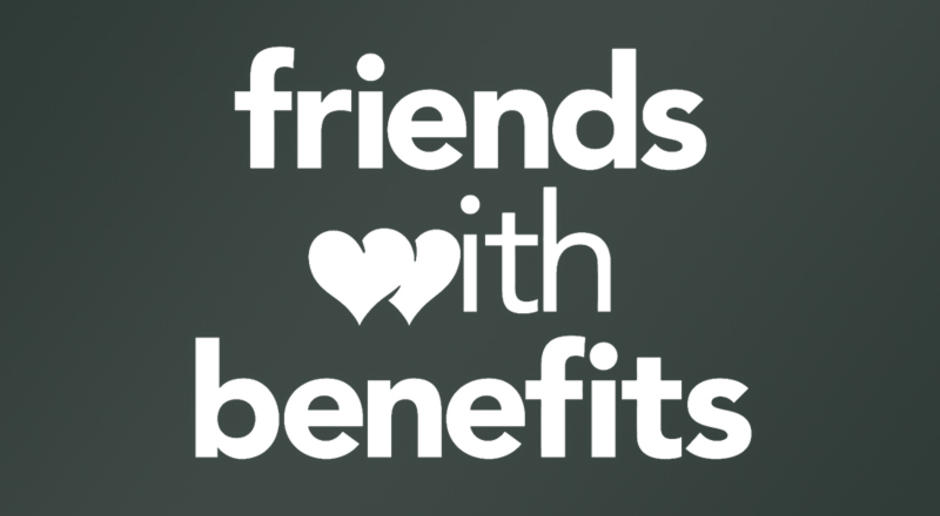 “Okay so what am I supposed to do?” I said as I stood there completely naked, one arm over my breast and my free hand attempting to cover my partially shaved vagina (or vagaga as I like to call it).
“Damn y’all look beautiful,” Steven said as he licked his dry ass lips and rubbed his ashy ass hands together like he was about to eat steak and lobster.
S*t, he was about to eat, but it wouldn’t be food. Steven was about to dive in Chanel and devour me. Ugh I hate the way that sounds, but it’s the truth! Why did I agree to this? Chanel is my best friend and all but DAMN I didn’t know our friendship equated messing around with each other. Well…there was that one time we were drunk…but never mind. That’s a whole notha story!
All I knew at that moment was Chanel and I were standing butt ass naked like two porn stars. Porn and Raven don’t even belong in the same sentence. Oh. That’s my name by the way. Don’t think I was able to introduce myself through all this madness. I totally forgot. Well now that you know me a little better, well at least my name, let me tell you a little about myself.
I am a twenty-three year old college student who works part time at a copy center. I lost my virginity at eighteen when all my friends were out here being hoes (including Chanel). In high school all my friends would make fun of me for saving myself for the right guy.
“There is no right guy,” Chanel would say. “There are only Mr. right nows.”
Of course that’s what every hoe would say! I’m not the type of chick that believes all guys are the same. The right guy is out there. Somewhere. Right? Who the f**k knows but all I know is I wasn’t about to find him in this room standing naked with my best friend and her nasty boyfriend.

So I’m at work, making copies dealing with these rude ass customers. Sorry to go off topic, but I need someone to vent to. Okay so I’m standing there making copies for this middle aged ghetto black woman, who obviously has never been to a copy center in her miserable life because she can’t make copies herself if it killed her, and she’s yapping on the phone telling whoever she’s talking to that I’m taking forever. Mind you, it’s ten people in line already trying to pay for their copies because they had the sense to figure out how to use the damn machine themselves-and I’m sitting here helping this old ass woman with a nasty ass attitude. It’s not my fault they didn’t have technology back in 1929. Old hoe!

Anyways, after I finished helping Ms. Idiot, in walks my good ol’ friend Chanel wearing a short ass green dress and boots. I cannot fathom why women wear boots in the summer and put on short dresses. Don’t you think it kind of defeats the purpose? Anyways, Chanel struts her big booty ass to my register, places her arms on the counter, ass all out, and starts this pathetic ass monologue.

“Hey boo. What’s up,” Chanel said with her ass sticking up in the air.
“What you doing here girl. Don’t you have class?” I said with a shocked face.
“Girl, you know this my free period,” she said with a smile on her face.
“Free period? This ain’t high school,” I said rolling my eyes.
“Yeah, well I invented it for college. This that new sh*t,” she said smacking her gum and twisting her long ass weave. “But what you doing. Copying some sh*t?”
“Yeah that’s exactly what I do here Chanel. You hit it right on the nose with that one girl. For some reason I don’t think you should have skipped class today,” I said jokingly but serious at the same time.
“Haha. Ain’t you cute. But anyways girl I didn’t come here to play with yo ass,” she said quickly.
“Well what’s up. Why you come way over here? This is nowhere near your college C,” I said loosely.
“I know. Damn a girl can’t come say hi to the bestest friend in the whole wide world,” she said extending her arms for a hug.
“No. You never visited me before. You always complained about the long lines and old people,” I said denying her hug. “Cut the bull out C. Why you really here?”
“Well since you beggin’ to know…might as well spill the tea,” she said smiling and jumping up and down. Her booty jiggled so fast a customer whistled and blew a kiss. Just before he could say a word, Chanel already shut him down
“Look old man. I ain’t afraid to go to jail for knockin’ out grandpa,” she said with the biggest attitude.
“What tea? And stop cursing out my customers before you get me into trouble,” I said arguably.
“Girl he ain’t worried ‘bout me. Anyways. I’ve been planning Steven’s b-day surprise. Dinner at Chef Rose’, movies by the beach, and afterwards a nice stroll along the pier. You know, fancy sh*t,” she said proudly.
“Ooooooh. That sounds romantic girl. I know he’s gonna love it. And after don’t forget about the late night nook nook,” I said, arm extended for a high five.
“All that and a box of condoms,” she said laughing, accepting my high five. “But all jokes aside, I want this night to be special. He deserves it. He’s been workin’ extra hours at the warehouse and helping out his moms all while keepin’ his baby fly with that Brazilian.”
“Brazil? Girl y’all goin’ to Brazil?” I said excitingly.
“Girl no. This weave B**ch,” she responded flinging her 16 inch weave side to side.
“I hate you,” I said jokingly. “Aww my best friend’s in love. Man remember when you was going with Rodney cheap ass? For his birthday you went all out. Dinner, movie, some good good. And all he got you was a trip to the clinic.”
“How could I forget? Oh don’t forget about the good ol’ two for one burger special,” she responded.
“Girl… he ain’t shit. But tell me more about this sexy birthday rendezvous you got goin’ on for your man,” I said eagerly.
“Okay so we doin’ the whole dinner and movie thing but I wanted to add a little somethin’ special for him. You know? He deserves it,” she said smiling ear to ear.
“Awww my bestie is in love. I’m so happy for you,” I said genuinely.
“And that’s why I want the help from my best friend,” she said as if she was trying to sale me a damn used car.
“Uh oh! I knew that was coming,” I said in a low voice.
“No it ain’t even like that girl. Look before you say no or start freaking out hear me out first okay?” she insisted.
“Okay gone head,” I said, arms folded with an attitude clear as day.
“Okay so remember that one time last year when we had a little bit too much to drink and we started you know…messing around?” she said.
“Girl no. No. No. No. No. No. I don’t like where this is going,” I said.

Okay before I go any further explaining this preposterous story. I know I said earlier I wasn’t going to tell you about this little rendezvous we had earlier last year, but since I’m probably going to bring it up eventually, might as well spill the tea.
So it was Valentine ’s Day 2014. She was going through her little bullsh*t with no good ass Rodney. Instead of taking her out for V-day, he took another raggedy hoe out. My girl was upset so I bought a bottle or two of wine and some chocolate ice cream, called her up, and it was a night full of movies and actin’ up. Well I won’t go into full details but one thing led to another, we ended up kissing, and well…let’s just say nature took its course.

Now let’s fast forward to present day. I’m standing my confused ass in front of my bestie who I believe is insinuating I sleep with her and her man. Let’s just hope I’m wrong.

“Look Ray. It ain’t like we ain’t doin’ nothing we never did before. Only thing is an extra person is involved,” she defended.
“Yeah and that extra person is your boyfriend. Ugh! Yuck! No. Never Chanel. Forget it,” I argued back.
“Ray. Come on. This is my man. This all he’s been talking about. I know we said we would never discuss that night but I told him about it and he got instantly turned on by it,” she responded.
“You told him about that night? Chanel what the…” I yelled.
“Ray calm down. He don’t care,” she said.
“Yeah but I care. No I’m not doing it. I’m not and I won’t. What about Josh?” I asked.
FYI. Josh is Steven’s best friend who is fine as hell that I really want to get to know.
“Man Josh not trippin’ girl. If anything, he gone like this shit. Girl you know men is nasty,” she said snapping her fingers.
“Okay I don’t know what kind of freaky sh*t you got going on in your head but no man wants a girl who slept with his best friend…let alone his best friends girlfriend,” I argued.
“No trust me. He won’t even have to know. I promise I’ll tell Steven to keep his mouth closed,” she pleaded.
“Girl. You know damn well he ain’t keepin’ his mouth closed. He got that big ass gold grill in his mouth. And you of all people know all men talk. They brag to their friends every time they bag a b**tch so you know he gone talk about this,” I said.
“Please Ray. Please for me. We’re best friends. I’ll do anything. Anything!” she said begging with her hands together.
“Best friends don’t make their best friends do sexual things together,” I said shaking my head.
“Raven. Please. What if I can promise that you won’t have to sleep with him, only me,” she said.
“Now you know that’s not possible and not gonna happen,” I said shaking my head.
“Girl he ain’t selfish. He will be happy to see his girl and her sexy big booty best friend goin’ at it,” she said happily.
“Umm hmm. Chanel you are my best friend and I love you like a sister but I won’t do this. I can’t do this,” I said forcefully.
…
Now here I am. Standing here naked after I just said I would never ever ever do this. Reader I can’t tell you just yet why she tricked me into coming but just know I had no choice. No she didn’t threaten my life. Nothing like that. But I owe this to her. Don’t worry, you’ll find out at the right time why I have to do this little “favor” for my bff. Until then, keep reading.

Where are They Now: Deborah Cox

Love it! Sooooo? Don’t leave us hanging! LOL! Is there a next chapter?

your writing is inspiring.

A Lauryn Hill & Drake Track Might Be In The Works