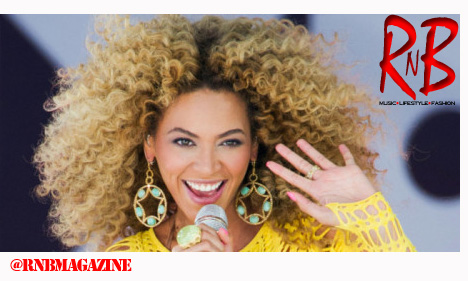 Rumor has it that the ‘X Factor’ proprietor has offered Beyonce an astounding $500 million to join the show as a judge.

Nothing is confirmed and the number feels too high to be believed, but MediaTakeout claims their source is well-placed within Cowell’s camp. For his part, reality TV’s Grinch-in-chief is said to be desperate to breathe new fire into the show.

As soon as news of this week’s ‘Factor’ shakeup broke, the Twitterverse exploded in a smattering of rumors. Over the past few days, Beyonce, Perez Hilton and Mariah Carey have risen to the top of the rumor crop.

Fox’s firing of Paula Abdul is particularly interesting, given that sources are whispering that the longtime “Idol” and “Factor” judge was removed for being too easy on contestants. Given that Hilton has made his new career out of being nice and neither Beyonce nor Mariah Carey are known as particularly acerbic personalities.

Beyonce hasn’t given any indication that she’s either willing or ready to take on such a high profile gig.

Regardless, it’s abundantly clear that the show is going through a major, make-or-break reset. The pressure’s on for Cowell, who walked away from “American Idol” and bet his American TV career on “The X Factor,” poaching Abdul and effectively crippling the nation’s most popular television show.