Never heard of “Black Girls Run! ?” Well, it’s time I tell you about his remarkable organization that fights against obesity against African American Women. Black Girls Run! was created by Toni Carey and Ashley Hicks in 2009 to advocate against the obesity-epidemic against African American women. Obesity is very common in Black women and have the highest rates of being over-rate than any other groups in the United States according to The Office of Minority Health.

Black Girls Run! was created to encourage women to take charge of their health. Being fit and maintaining a healthy weight is highly important because if not taken advantage of, can lead to heart-attack, diabetes, high cholesterol, as well as many other health conditions.There has already been many women who had to endure these devastations, so let’s put an end to it now! 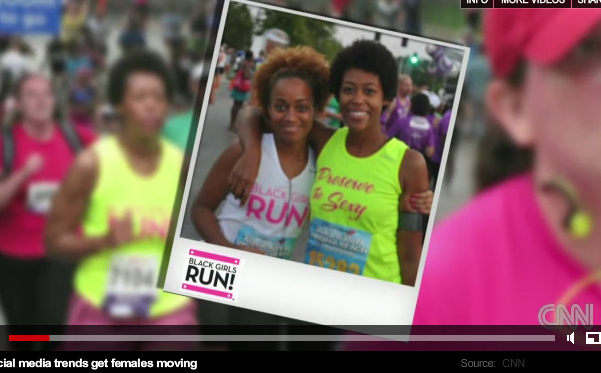 BGR! is here to encourage women that fitness should be number one in their lives.

Women are encouraged to sign up to participate in BGR events, even if you are not one of the many who suffer from obesity. There are women out there that are not in the best shape or position they need to be in their lives. They can not come out to run or participate in any events because their health hinders them from. Women who participate in the events are doing so in their honor.

Please if you or someone you know is suffering from Obesity, get involved!

If you have any questions or concerns and would like to participate in the fight against obesity visit http://www.blackgirlsrun.com/

It is NOT too late to make a change!

New Album, New Video, New Music All In One Week! Thanks August...