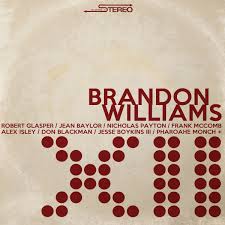 Taking music to another realm, Brandon Williams is more than a listener, more than a musician, but also a producer. Working on his own style since he was age 13, Williams is able to create a new mood for music. Some even go as far as calling him a musical protégé, with the ability to play several instruments including the drums, which he is known well for in Detroit. Taking his music to another level, Williams is willing to put in the 24/7 effort to mix, arrange, and master his own productions as well as some other artist’s productions including the famous Janet Jackson. Williams puts his all into the full production of his work from scratch, which makes him another one of the most underrated artists around today. According to Williams, “I want people to know I’m a real producer and not just a beatmaker. A producer plays all the parts in the studio.” Recently on Dec. 2nd, Williams came out with a new single featuring Alex Isley called Let Love Be, which is debuted on his most recent album called XII. Aside from being a Grammy nominated artist, Williams shows some of his best work on his latest album, which is available for purchase on iTunes.

“Lion Babe” is on a Role With Their Latest Work

Where Will You Be Next Sunday?