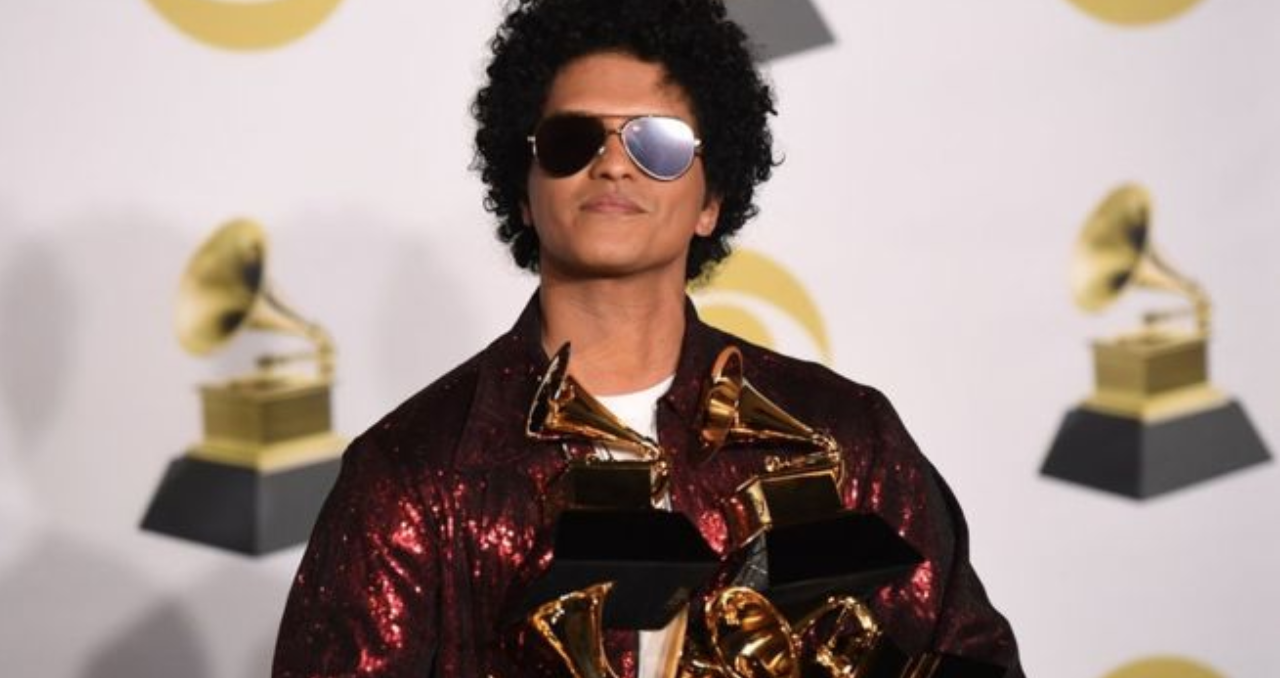 Mars was up against “Awaken, My Love!” by Childish Gambino, “4:44” by JAY-Z, “DAMN.” by Kendrick Lamar and “Melodrama” by Lorde for album of the year. The crowd was shocked when he snagged 6 Grammys including Album of the Year, Song of the Year, Record of the Year, and Best R&B Album.  He won in every category that he was nominated.

In his acceptance speech for album of the year, he also told a touching story about growing up in Hawaii and performing songs by Babyface, Jimmy Jan Lewis and Teddy Riley when he was 15, saying that the experience taught him how music brought everyone together.

“I remember seeing it first hand. People dancing who had never met each other from two sides of the globe dancing with each other, toasting with each other, celebrating together. All I wanted to do with this album was that and those songs were written with nothing but joy and for one reason and for one reason only: love. That’s all I wanted to bring with this album. Hopefully I can feel that again and see everybody dancing and everybody moving.”

Watch his Album of the Year acceptance speech below:

Kehlani Talks to Cosmopolitan About Her Success Story