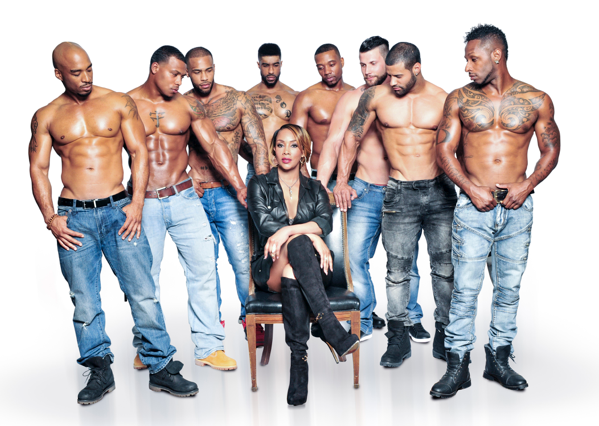 Lifetime turns up the heat to melt the winter snow this January with the all-new series premiere of Vivica’s Black Magic. Vivica A. Fox (Independence Day) brings sexy back in a big way as she launches her newest business venture Black Magic, an exotic male revue and ultimate ladies’ night experience featuring her magic men. Vivica’s Black Magic premieres Wednesday, January 4 at 10pm ET/PT on Lifetime.

Vivica, an accomplished actress, producer and entrepreneur, is putting her name, her money and her reputation on the line to give women a night they will never forget. With a little help from her girl squad, Eurika and Kiana, Vivica auditions hundreds of hot men, narrowing it down to a group of elite eight with six-packs and moves worthy of a coveted spot in her show. The guys must put aside their egos and personal life dramas, and give it all they have to make the magic happen. Will Vivica be able to pull it off and get Black Magic to her ultimate goal – a spot on the famous Las Vegas Strip?

Michael “Bolo” Bolwaire
Atlanta, GA
Known for his famous #BOLOSOLO, “Bolo” is the most well-known
and in-demand black exotic dancer in the country. He’s looking to take his
brand worldwide with Black Magic and find real love along the way

Alvester Martin
Los Angeles, CA
An alpha male, seasoned dance veteran and musician,
Alvester has toured with the likes of Beyonce and Mariah
and brings along the same amount of diva drama and attitude.

Jonathan “Heat” Martinez
New York, NY
The former boxer is also the top male Latin entertainer in the business.
While he’s with the guys in LA, his heart is back in NY
with his big Dominican family.

Mike “Profit the Problem” Strong
Los Angeles, CA
The funny guy of the crew, this single dad was a top college athlete who
gave it all up to provide for his children.

Steven “Charm” Beck
Atlanta, GA
A newbie to the dance scene, he’s a nerdy sweetheart turned hunky
celebrity trainer and Internet fitness guru who is hoping to expand his brand by
starting a clothing line and fitness app…that is,
if he can survive the glare of the magic spotlight.

Andrew “Penetration” Williams
Los Angeles, CA
This business owner, choreographer and single dad from Compton is dancing
his way to his dreams. The rock solid, team player of the group,
he’s committed to taking Black Magic all the way to the top…
but will new opportunities from the commercial dance world
make him second guess his career?

Christian “Slo-Motion” Dennis
Los Angeles, CA
The “prince” of the LA urban exotic dance scene is the favorite of the locals,
but when he joins the group alongside the nation’s top dancers in the game,
“Slo-Motion” kicks into overdrive to prove he’s more than a local Don Juan
but instead is a bonafide dance star destined for the big stage. 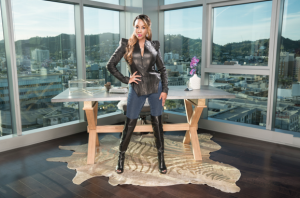 Mary J. Blige Is “Thick Of It”

Getting The Smokey Eye…The Right Way