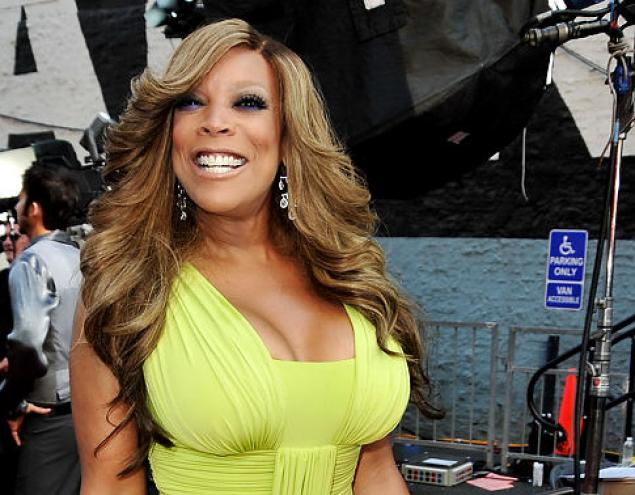 Would you stay with you man after he has cheated on you? A lot of women are quick to say “hell no” but not Talk Diva Wendy Williams.

According to S2S Magazine:

Wendy Williams can’t believe she stayed with a cheater, but she feels that properly handling her husband’s past infidelity has only made their marriage stronger.

The “Wendy Williams” host was a still new mom when she found out the devastating news that her husband Kevin was cheating on her. She told Vlad TV that she discovered her husband was having an affair when she overheard him taking a call and talking in hushed tones in the middle of the night not long after they brought their son home.

“Little Kev might have been one month old–like fresh from the hospital,” said Wendy “I overheard some greasy talk from the next room. ‘Who’s he talking to?’ So, you know, I tipped and I crept and I heard what I heard.”

Making matters worse was that the fact that Wendy found out that Kevin was messing around while her parents were visiting them to help out with the baby. While most people would immediately run to their parents to begin talking about the situation, Wendy resisted the urge to tell them anything.

“One of the smartest things that I could have done was only involve them in terms of what they might have overheard. I never went to my mother and talked to my mother about it,” Wendy argues.

“This was a problem that was between me and Kevin,” she reasoned. “We’ve all healed. It’s not just me who’s healed. My mom and dad played their position–in other words stayed out of it– and love [Kevin] like their very own son.”

Being a somewhat private person, Wendy didn’t go into detail about how she and Kevin resolved the issue, but it didn’t go unaddressed. “I love him, and he loves me and we addressed it head on,” Wendy said. “If you told me when I was 25 years old or 30 years old that I would stay around for a cheater, I would have been like, ‘You are lying! I have way too much to offer a man’”

Her old opinions aside, Wendy said, “I don’t regret it. I do think it’s a double standard with cheating.”

Still, Wendy acknowledged that things in her marriage didn’t exactly go back to business as usual once she and Kevin got past the cheating. The chat diva feels that there’s no way things can ever be the same after an affair is discovered, but it doesn’t mean that things get worse.

“I know this is cliche, but it’s true, it’s made our marriage stronger,” Wendy stated. And I’m not back to the girl I was before him. When you get stung like that you never go back to who you were. Only a fool does.”

Many couples get around the whole infidelity thing by agreeing to have an open relationship, but Wendy doesn’t think it’s such a good idea.

“I would never have an open relationship. I think it’s a recipe for disaster,” said Wendy, who knows several couples that have the option of sleeping around. But she’s noticed that as they get older the women no longer want it, but the men still like having some variety. “It was cute and funky and fly when everyone’s 35 years old, but now damn near 50 and kids, some of the women don’t want an open relationship anymore.”

I don’t know if I could stay with a cheater but mad props to Wendy for sticking it out. W

The Weeknd Announces Phase Two Of “Starboy: Legend Of The Fall World Tour”

Eddie Murphy Steps Down As Oscar Host – On the heels of...