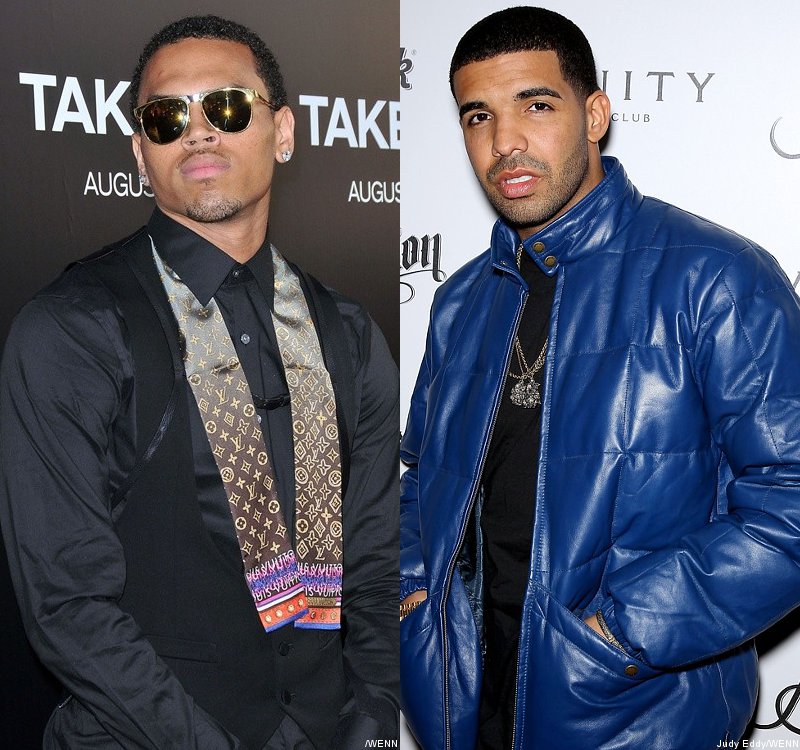 According to reports, Chris Breezy and Drizzy ended their feud a few days ago in Nevada.

The musicians  who got into an epic fracas at Soho nightclub W.I.P. in 2012  hugged it out at the iHeartRadio Music Festival in Las Vegas over the weekend. Sources say Drake, and his crew came to the music fest on Friday specifically to watch Brown’s performance.

Coincidentally, a Def Jam executive is how they managed to come together.  Sources say the mediator of the reunion was Def Jam music executive Abou Thiam, who’s one of Brown’s managers and a brother of rapper Akon.

Over the summer, Cash Money boss Baby said he believed Drizzy and Breezy were ready to move on from the beef topic.

“I don’t know their situations. Drake is my family, I don’t cut the corners with that. I don’t play with that,” Birdman revealed in an interview. “When it comes to my family, I’m prepared to die for that and
that’s the little homie. We rock with Chris, we don’t have any problem with the lil’ homie whatsoever. Really though, [the beef] is old. It’s past due. Even them, they’re feeling the same way.”

In June, Drizzy said he would never see eye to eye with the R&B hitmaker.

“I hear he has everything he could want now. I don’t want my name to be synonymous with that guy’s name. I really don’t. I wish we could sit down just like you and me are right now, and talk it out man-to-man. But that’s not going to happen. I’m not confrontational, but if someone challenges, I’m not going to back down. If I think about it too much, I feel it wrapping around my foot, like I get a feeling it could end really badly…Like, it gets really dark.”

Prior to those comments, Brown said he did not have any ill will toward Drake.

“People can coexist. It’s not entertainment for me. It’s just more of me being real, saying what I gotta say. I ain’t out here trying to go at him, I ain’t got n*ggas after him. I ain’t got ‘people’ after him. We just chilling. I have my differences and he has his — his music’s still hot. … I’m not gonna put myself in a situation to mess up my career. Focus on what it is. Focus on your music.”

I’m glad the two were able settle their differences.   However;  be that as it may, how can you have an attitude with someone in Vegas?  I don’t blame them…let’s squash the beef, and party while in Vegas.