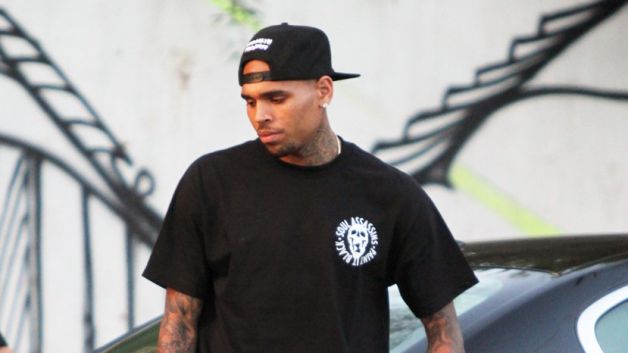 Chris Brown is a sneaky one, but who could expect less from the “Run it” singer.

According to TMZ, the R&B singer stealthy turned himself into authorities a day early to answer for hit-and-run charges. Brown reportedly showed up to the Van Nuys jail on Monday where he was booked and released on his own recognizance in about 45 minutes.

The covert operation was put together by Brown’s lawyer, Mark Geragos, to prevent the paparazzi from snapping shots of the entertainer as would have been the case if he appeared in court on Tuesday as scheduled.

Ironically, there was an army of photographers at the courthouse, which is connected to the jail, to cover 50 Cent’s domestic violence case. Once the paps left, Breezy strolled into the building to handle his business.

STAND BY YOUR MAN- Vannesa and Kobe

Having Babies Later in Life

The Dream Talks About His Sex Life, Celebs, Cheating & His Biggest Check

All white for the summer