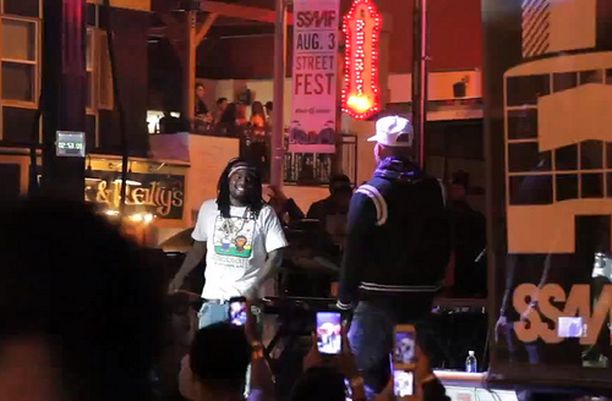 Chris Brown is a busy man. The troubled singer sent fans into a frenzy after making a surprise appearance during rapper Wale’s set at this year’s Sunset Strip Music Festival in West Hollywood on Saturday night, August 3. While the “Bad” emcee was performing his single “Slight Work,” Brown backed him up on stage, showing off his dance moves.

Chris Brown can add director to his credit as he directed the music video for “Slight Work.”

Days before the appearance, Brown was spotted with former American Idol judge Nicki Minaj while shooting the music video for their single “Love More.”

“Today is the first time since ‘run it’ I’ve been mesmerized and at the same time nervous. Lets see if I can bring the old me back. Thank you,” Brown wrote on Twitter. Minaj adds, “Had a great time on the #LoveMore vid set w/CB.”

Looks like Chris is trying to get back on the right track. What you do think?