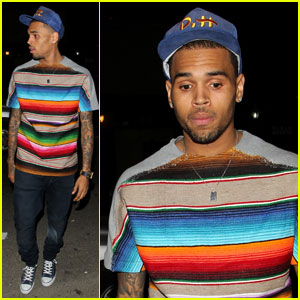 Chris Brown has been working hard in the studio for the past months. He recently released his new album Fortune which has already went Platinum and alongside rapper Tyga, will release their second mixtape together Fan of a Fan 2. Not only does he have lots of music released and to be released, but he will also star in new movie “Battle of the Year” which is slated to be released next year, January 25th, 2013. Breezy is also nominated for Best Male Video at the 2012 MTV Music Video Awards which will air on Thursday September 6, 2012 at 8/7c. Chris Brown released an exclusive video of him in the studio producing a track which I am sure fans will hear real soon.

Camila Cabello Is Standing on Her Own Two Feet (OMG)