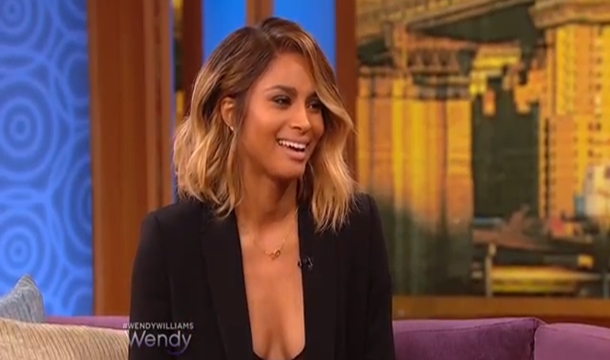 Could we see Ciara

judging a  reality competition series in the future? According to Ciara,  it’s a possibility.

Ciara and Wendy Williams discussed the subject on “The Wendy Williams  Show” Wednesday, with Ciara implying that  there are some things in the works.

“I’m not going to say so much on a singing show, because there are some cool things that I’m working on now that  I can’t talk about…,” Ciara told Williams, who brought  up judging a dancing

“I didn’t say anything. No.  Don’t you start,” Ciara laughed. “I always  used to have a problem with judging or  the idea of judging because I’m like, I know I’m not perfect and who am I to tell someone how to do something. I  feel like there are so many things  I have to work on for myself.”

Still, Ciara believes that she would be a great candidate for a series.

“If I was to do it, I would definitely be the nicer judge. It’s hard to  really be so mean to somebody,” said  Ciara.

Have You Seen Escorts? Short Series