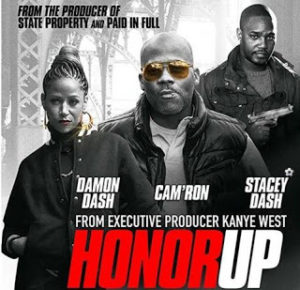 Honor is something that can’t be bought, it’s something that has to be know and lived by… Honor Up is about the code of the streets. Growing up in the streets of Harlem you had the choice of 2 games, shooting hoops or selling drugs. This is about selling those drugs and the life you signed up for. This movie is based on authentic experience. Damon Dash directed, produced, wrote, and starred in his feature film. Released through LIONSGATE and officially in Theaters FEB. 16th… this is not you shiny polished corporate story… This is HARLEM!

Honor Up is produced by Damon Dash and executive produced by Kanye West. Check out the trailer:

K. Michelle – No Not You (Official Video)