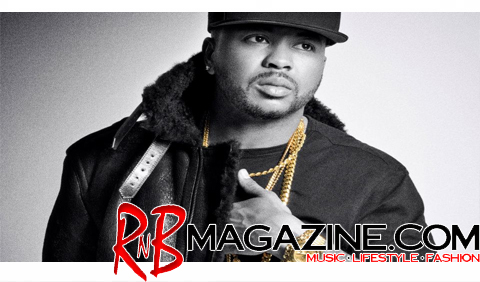 The-Dream will have a comprehensive, broad reaching A&R portfolio. Besides overseeing current and new artist projects, he will actively seek out, discover and sign new talent to the label, and will work closely as a producer for artists on the Def Jam roster and its affiliated labels across all musical genres.  He is currently working with Rihanna in the studio on her upcoming Def Jam album and with Pusha T on his solo debut for G.O.OD.Music.  Additional resources will be devoted to The-Dream’s Radio Killa label imprint as well, which is moving into high gear after his recent signing of August Alsina.

“The-Dream is a gifted songwriter and producer who writes from a unique cultural point of view.  This rare ability sets him apart from all other writers and producers out there,” said Mr. Weiss.

Said The-Dream, “I am committed as I have been previously to bringing the power of belief in the artist back to the forefront.

I share a unique view of an artist and as well as the business of music. I, with the help of many others, have ran a successful business for the last five years in the midst of the “Digital Change.”  My concentration and effort will be to the artist to succeed in their dreams and goals. I’ve been a part of watching and participating in the success of many great women and men including Beyonce, Rihanna, Jay-Z, Kanye West, Mariah Carey, Celine Dion to name a few. Music means more than just a download, it’s life to the culture and also the people who listen. This is a new exciting yet critical time for music – ‘You Meet Change with Change!’”

Since the release of his RIAA gold Love Hate debut album on Radio Killa/Def Jam in 2007, The-Dream (Terius Nash) has experienced tremendous success as a songwriter and producer for a Who’s Who of superstars across the pop and R&B/hip-hop spectrum.  He made headlines in 2007-2008, with early hits for Rihanna (“Umbrella”), Mariah Carey (“Touch My Body”), and J. Holiday (“The Bed,” “Suffocate”).  The-Dream wrote several songs on Mary J. Blige’sGrowing Pains (2007) which won the Grammy® for Best Contemporary R&B Album.  The-Dream won Best New Artist honors at the 2008 BET Awards – in addition to his Grammy Award® nomination for Song Of The Year for “Umbrella” (as songwriter), and American Music Award nomination for Breakthrough Artist of the Year.

The-Dream went on to help craft Rihanna’s “Birthday Cake,” Justin Bieber’s triple-platinum worldwide smash, “Baby,” “No Church In the Wild” from Kanye West and Jay-Z’s opus Watch The Throne, and many more.  The-Dream was a writer on “All Of The Lights” from Def Jam label-mate Kanye West’s lauded 2010 album My Beautiful Dark Twisted Fantasy.  The song won Grammys for “Best Rap Song” and “Best Rap Sung Collaboration.” In 2010, he shared in two Grammy Awards® as a songwriter on Beyoncé’s “Single Ladies (Put A Ring On It),” which won for Song of the Year and Best R&B Song.

New Album, New Video, New Music All In One Week! Thanks August...