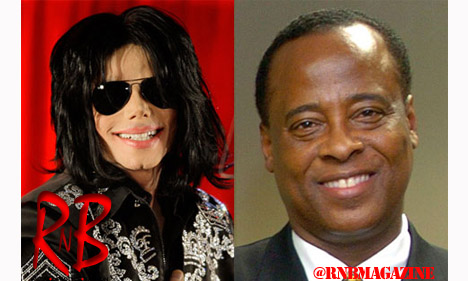 LOS ANGELES — Michael Jackson, among the most famous and beloved performers in pop music history, spent his final days in a sleep-deprived haze of medication and misery until finally succumbing to a fatal dose of potent drugs given to him by the private physician he had hired to act as his personal pharmaceutical dispensary, a jury decided on Monday.

The physician, Dr. Conrad Murray, was found guilty of involuntary manslaughter nearly two and a half years after the star’s shocking death at age 50. The verdict came after nearly 50 witnesses, 22 days of testimony and less than two days of deliberation by a jury of seven men and five women. The trial had focused primarily on whether Dr. Murray was guilty of abdicating his duty or of acting with reckless criminal negligence, directly causing his patient’s death.

Dr. Murray now faces up to four years in prison and the loss of his medical license. Judge Michael Pastor denied a defense request for bail for Dr. Murray and ordered him handcuffed and taken into immediate custody in the courtroom.

Jackson, who had become a star as a child in Gary, Ind., singing with his siblings in the Jackson 5, grew into one of the best-known performers in the world, earning a fistful of citations in the Guinness Book of World Records, including for the best-selling album of all time, “Thriller.”

Though increasingly eccentric in his later years, living much of the year in a secluded California estate he called Neverland, Jackson always maintained a fervent core of fans and, despite his lavish lifestyle and persistent money woes, always seemed just one comeback away from a return to the top.

Dr. Murray, a Houston cardiologist, was paid $150,000 a month to work as Jackson’s personal physician as the singer rehearsed in Los Angeles for “This Is It,” a series of 50 sold-out concerts in London that he needed to pay off hundreds of millions of dollars in mounting debts.

Testimony during the trial showed that Dr. Murray had stayed with Jackson at least six nights a week and was regularly asked — and sometimes begged — by the insomniac singer to give him drugs powerful enough to put him to sleep. Jackson, Dr. Murray told authorities, was especially eager to be administered propofol, a surgical anesthetic that put him to sleep when other powerful sedatives could not. Testimony indicated that propofol, in conjunction with other drugs in the singer’s system, had played the key role in his death on June 25, 2009.

Prosecutors tried to paint Dr. Murray as a money-hungry physician who would do things no reputable doctor would do — including improperly and recklessly administering an anesthetic normally given only in a hospital. The full retinue of drugs given to Jackson while he was under Dr. Murray’s care was so beyond normal practice, prosecutors said, that it amounted to a “pharmaceutical experiment.”

For its part, the defense tried to portray Jackson as a man so desperate to make his comeback concerts a success that he was willing to take wild chances and grew terrified that he would not be able to perform to his own exacting standards without more rest and less stress.

“He tried to close his eyes, and nothing would work,” Dr. Murray told investigators in 2009, saying that Mr. Jackson worried openly about not satisfying his fans. “He complained: ‘I’ve got to sleep, Dr. Conrad. I have these rehearsals to perform.’ ”

The morning Jackson died, Dr. Conrad told investigators during a recording played in State Superior Court here, the singer told him, “Just make me sleep, it doesn’t matter what happens.”

When Jackson died he was in dire financial straits, with more than $400 million in debts, and his concerts in London were intended to raise enough money to keep creditors at bay and restart his career.

But since his death, Jackson’s estate, managed by his former lawyer and a record executive with longtime ties to the Jackson family, has prospered, generating more than $310 million and paying off most of the singer’s debts.

Is Trey Songz Gonna Let Owed Back Taxes Get Him Down? Oh, Na-Na!