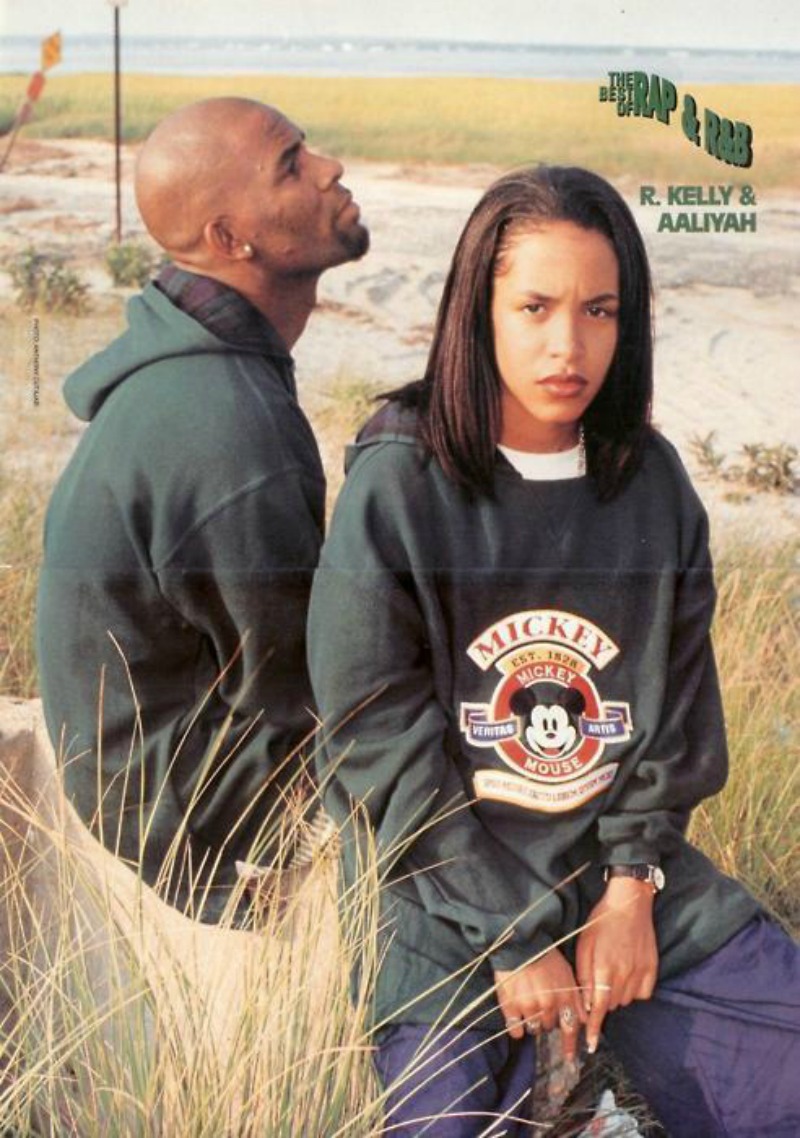 Aaliyah said it best in 1994 when she sang “Age Ain’t Nothing But a Number. ” Who knew at that time the fifteen year old singer was married to twenty-seven year R&B crooner R.Kelly. The marriage was quickly annulled soon after it was discovered but it left us wonder if the fifteen year old was wiser than her years.

After asking several people I have come up with the conclusion that age does matter and so does your gender.

I don’t know if it is hormonal or a dream  we envisioned for ourselves after watching fairy tales, but it appears every woman is in search of a hero or a rescuer. Enter an older, more experienced, financially stable man.  He has accomplished everything he ever set out to do, except having a family. By the time he is ready to settle down, most women his age are already married, career driven or -in his mind- to old to start a family with.  It only makes sense for the older gentleman to pursue  a younger woman.

Most women are looking to find their husband early in life, settle down and have children, however most young men are not looking for the same thing. Take two twenty year olds at a club. The female is looking for a mate. Someone to take home and hopefully start a future with. No matter what any female says, they are looking for someone to take care of them. And when you think about it, it is only natural that a woman would want a hero but some how  it has been turned into a bad thing.  The twenty year old male, on the other hand, is in the club just looking to take someone home, smash and repeat.

On the downside an older man who has lived his life is ready to settle down and relax while his young girlfriend/wife is ready to be active and be out and about. This can cause a strain in the relationship causing the two to develop separate lives.

Men are animals- I mean we all are mammals- but men are like predators. Sometimes when I think about men I  envision a crouching lion camouflage by it surroundings, waiting for its prey. Now when I think about men I think about a lion in  a tutu dancing around. This is what older women do to younger man. They turn them into pansies. A man is muscle. They sweat testosterone and are meant to come, see and conquer. Once a younger man dates an older woman it appears he is stripped of all manliness. Now I am not saying that in every case but I am saying it happens in most.

One male reader,21,  who is dating an older woman,27, stated that he while he  loves his girlfriend, the relationship isn’t healthy. “I am a guy. I am meant to conquer but I have been conquered and I don’t know what to do.” This seems to be the case for most young men in relationships with older women.

With the increase of women in the workplace, they have become more independent and vocal about what they want and need. Men who are natural-born leaders and conquers are left wondering what to do.

Another disadvantage for younger men dating older women is raising children from her previous marriage or relationships. The children can be unruly and disrespectful causing strains on the relationship when the man tries to play father.

On the upside, not all older women/younger men relationships fail. Look at Mariah Carey and Nick Cannon. After several bad relationships and a failed marriage (to a much older man)the American Idol Host and America’s Got Talent Host found love, got married and started a family.

At the end of the day love is color blind and an anti-age discriminator. Follow your heart and make sure the one you are with love you for you and not your age.

Ledisi is Going Back on Tour & You’ll be Excited to Know...