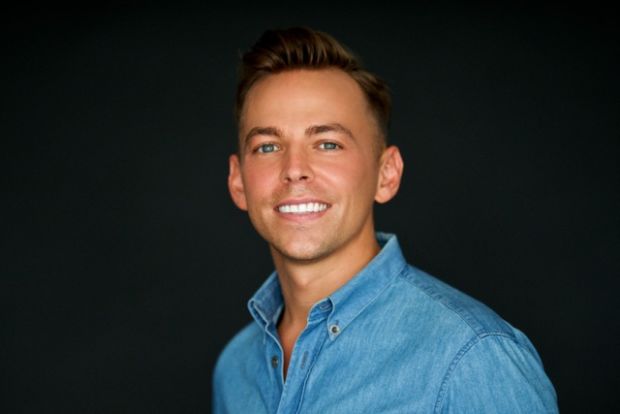 FOX Television’s Award-winning hit series Empire never fails to deliver glamour, glitz, seduction and intrigue. Each breathtaking episode is like a sinful indulgence leaving you holding your breath until the next one. While the storyline, plot and character twist and turns are the things that keep us coming back, the fashion and style of the show accentuates every scene.

From posh offices to the impressive jazzed up French country-style mansion filled with lush furnishings and artwork, the sets are amazing and the perfect backdrop for the Lyon family to navigate through. While Cookie (Tarija P. Henson) got everyone talking about her over-the top prints and animal skins during season one, the men of the show brought a lot to the table too.

While each character has their own look, all are styled to perfection. Luscious Lyon (Terrence Howard) often dresses more in bold looks or bright suits, which is a reflection of his checkered past and that time period of his life. Oldest son Andre Lyon (Trai Byers) stays uptight and tailored to perfection in cut suits and shirts.  Jamal (Jussie Smollett), the middle son, has a laidback casual approach to dress style, but a Lyon at heart he doesn’t hold back on dramatizing and adding fashionable touches by accessorizing with just the right hat, scarf or higher end fabric. Youngest brother Hakeem (Bryshere Y. Gray) wears the more modern and trendy hip hop fashions, casual but flashy with bold touches of logos, leather and sportswear.

Of course, with a show featuring a hip hop music mogul with a family heavily invested in the music business fashion and style were destined to play a key role. Fashion and hip hop have worked hand in hand for many years and most notably became evident to the world during the mid-nineties, when Ghetto Fabulous became a universally accepted and understood phrase, movement and fashion in itself.

Lee Daniels told Vogue Magazine that when he first pitched the idea of Empire to FOX he told the executives that he wanted to define music, art and fashion from an African American perspective. He shared with Jonathan Van Meter, “ because I have been to Oprah’s house ,and I have been to Puffy’s, and I have been to my aunt Dot’s on Forty-sixth and Walnut in the projects of Philadelphia, and there’s a common thread. You can go down to the hood and still find gangsters’ girls who ain’t got two nickels, but the Luis Vuitton bag is fierce, and they will have the mink. I wanted to say: this is what people are wearing.”

Daniels knew what he was doing and he knew what people wanted to watch.  Empire hooked more and more viewers each week during its twelve weeks air time.  According to Nielsen ratings, the show rated in at number one with a 9.9 rating during the week of March 16, 2015, with seventeen million people watching.

With season two in full swing newspapers and magazines are all talking about the changes in Cookie’s dress style. Empire’s new costume designer Paolo Nieddu, interviewed by Julie Miller for Vanity Fair, shared that, “We’re going to see her have a little bit more of a range. I took into consideration the amount of money she has, how long she’s been out of jail, and the fact that she’s working so hard and is back in the business. [Animal prints and furs] were her strong suit before she went to jail. Now, though, she’s honing her [fashion] skills. I’m kind of trickling it in. It’s in a handbag here, or a leopard shoe there. . . . It’s going to come in little waves, like a Where’s Waldo for me.”

With a solid and realistic plan for Cookie’s fashion future I am sure it will be a hit as we all continue to tune in this season!

The Purpose of Yoga – Holistic Health