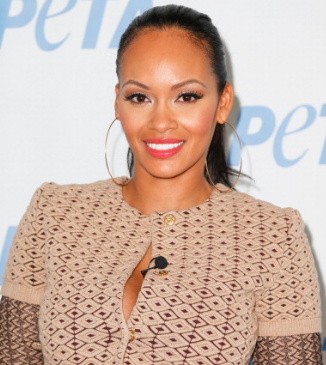 On New Years, Evelyn was gracious enough to share with us the biggest lesson that she learned in 2012, which she said was:

The biggest thing that I learned in 2012, is to be true to myself, listen to my inner voice and accept the imperfect areas in my life because I’m not perfect. In 2012, I faced a numerous amount of challenges with friends who actually worked for me and took advantage of me with my personal life being the center of media attention. But above all, I remained calm, strong in my darkest hours and reminded myself that I’m going to live to please God, not people.

Evelyn has also spoken out against the photos that emerged online of her spending time with Chad at Southstreet Restaurant before New Years. The photos received a mixed reaction with some saying that Evelyn should give him a second chance and others thinking that she would be crazy to go back to Chad after the domestic violence incident. According to Evelyn, she attended the dinner in support of Chad’s daughter, however, she isn’t sure what the future has in store.

I attended a dinner with Chad’s daughter, not only because I love baby girl like my own, but to support Chad and his fan appreciation dinner. While at the dinner, several photos popped up on the Internet of Chad and I holding hands, while in the process of blessing the food. The blogs made last night seem as though, we walked hand and hand into the restaurant announcing a reunion, which wasn’t the case.I care for Chad, we are friends and we love one another, however, we are still separated, not living under the same roof and working on ourselves because we have a long way to go. This is a normal and realistic process for anyone and I don’t know what the future holds for me, but I know God holds it and I’m taking things one day at a time. I appreciate the love from so many of you and right now I’m still working on becoming a better person. Chad and I are attending therapy separately, meeting with a Life Coach and trying to figure out how to work on our individual selves and navigate through this entire ordeal.Evelyn’s website. 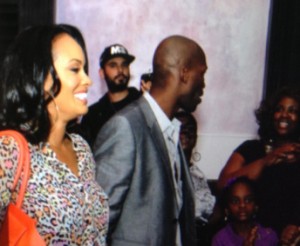 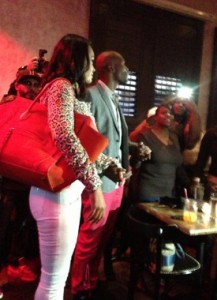 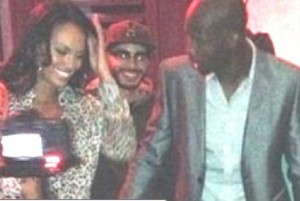 Will You Be “Anti” With Rih Rih? Watch Her Promo Video For New Album While You Get Ready For Her Tour!