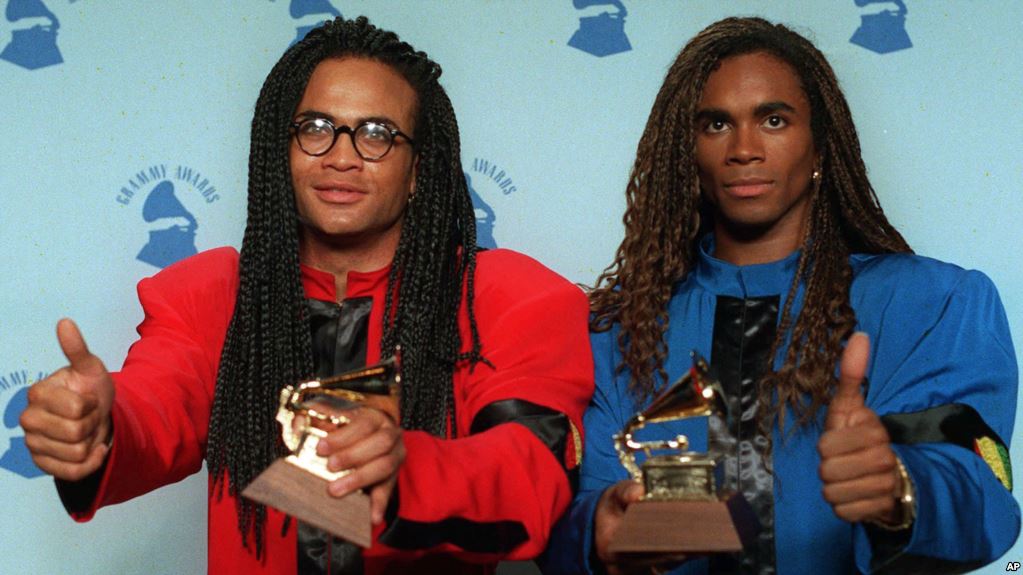 The Grammy Awards have come and gone, but the glow of the night will remain for some. Jay-Z got shut out, while Bruno Mars cleaned up. Kendrick Lamar also got retribution, but his fellow TDE artist, Sza went home empty-handed.

The Grammy Awards are chosen by over 300 record industry influencers by voting ballot. They are not always perfectly chosen, sometimes the most deserving artists don’t win. Sometimes they make mistakes.

The Grammy’s also don’t guarantee success. There have been many artists who win and then are never heard from again. Here are a few of their stories.

The most infamous “R&B” act to win a Grammy was definitely the German-based dance group, Milli Vanilli. Fans these days have probably never heard of them, but this group was the most infamous Grammy mistake in history. In 1990, Milli Vanilli won “Best New Artist” but the catch was that they were not singing the vocals on their hit single, “Girl You Know It’s True.” In fact, they weren’t singing on any of their songs from their multi-platinum album. The lip-synching controversy stained the music industry for years and resulted in 27 different lawsuits, including one where fans who bought the album or tickets to concerts where eligible for refunds. Milli Vanilli member, Rob Pilatus eventually died of a drug overdose in 1998 at the age of 32.

While she isn’t a one-hit wonder by any stretch, Jody Watley never achieved the level of success that she did with her first single, “Looking for a New Love,” in 1988. Watley is considered a pioneer in making dance music that crossed over to mainstream audiences after a successful career with r&b legends, Shalimar.

This one might get us in trouble. She is considered a pioneer and one of the strongest voices in hip-hop/r&b, but after winning five Grammy’s in 1999, Lauryn Hill had a very public emotional breakdown and her career never rebounded. Instead, Ms. Lauryn Hill (as she demands to be called) became more known for her chaotic concerts where she is known to show up sometimes hours late. The Miseducation of Lauryn Hill is a classic album, it is also her best-seller and will never be matched in its success.

Bobby V – Back To Love