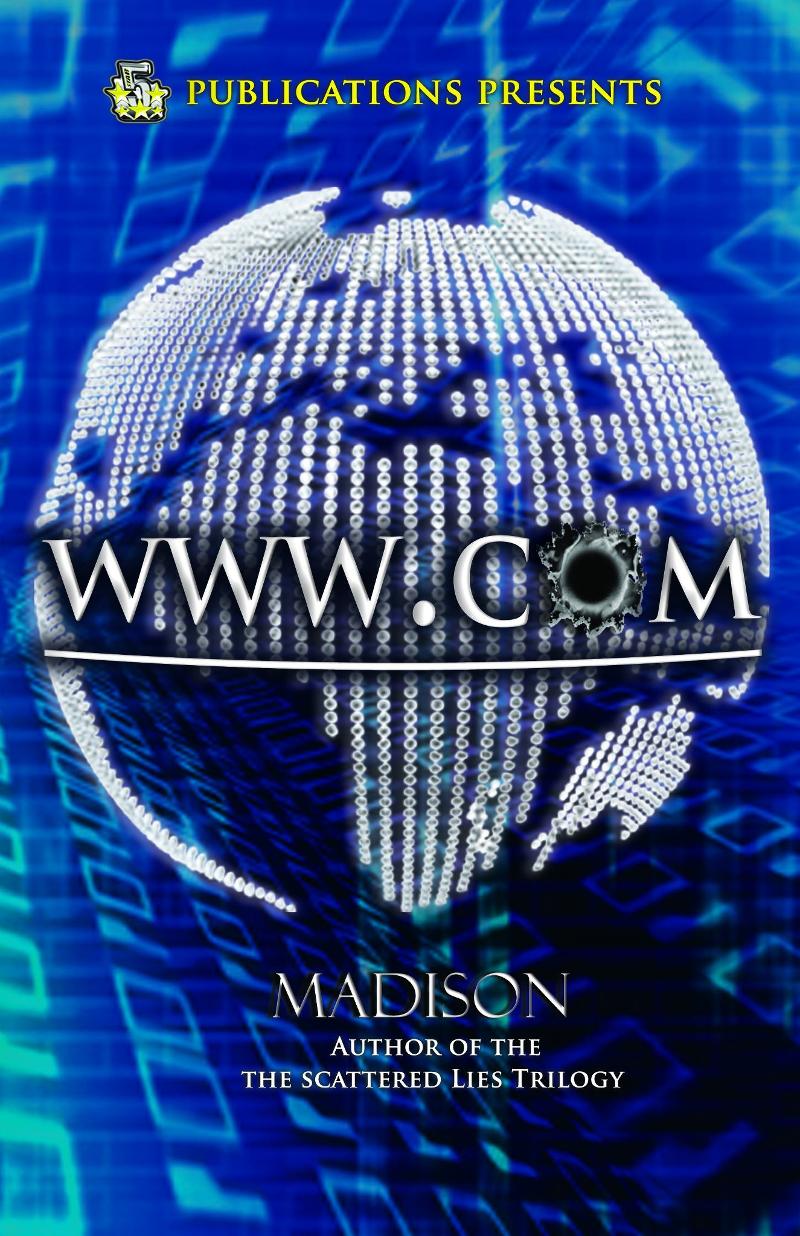 New York – She’s baaaack! Author Madison Taylor, the mastermind behind the skillfully laced trilogy “Scattered Lies I, II, and III” has returned! And she has not missed a beat with her pen. This time dishing a dose of danger so delectable, her readers are destined to drool in longing desperation as they weave their way toward the plot’s end. Her fourth book release in less than five years, Taylor’s latest fiction fantasy is “WWW.com.” No longer publishing under her own independent company, Influential Writers Publishing, Taylor is celebrating her growing success under the banner of 5 Star Publications with her latest novel!

Taylor has firmly established herself in the world of urban lit fare with a keen knack for entwining people, plots, and unlikely ploys together. With her “Scattered Lies” trilogy, she deftly grew her fan base, book by book, entangling readers in an escalating whirlwind of passion, suspense, and drama.

With “WWW.com” however, Madison turns up the intensity with a storyline that literally pushes the reader out of this world into the expansive space of virtual reality. In”WWW.com” Taylor unapologetically whisks the mind to the outer limits as she rampages the senses with scenarios that fuel and unleash the imagination.

In the novel, Ramon Ramirez and Daniel Munger are the most feared men in America. Spearheading Shark Enterprise, better known as The Secret Society, they expertly engage the Internet as their playground for deception. The one rule of their secret community is that there are no rules! A “click” can get you whatever you want, from sex to money, and even murder.

But in “WWW.com,” with the W’s standing for World Wide Web, you will be introduced toChance, Seven, Justice and Patience; four unlikely heroines whose paths cross in a lethal synergy to bring these men down! These ladies prove that the entry into cyberspace can be even more dangerous when you don’t know who is behind the “click.”

“‘WWW.com’ is one of my most wicked works,” shares the author. “I believe my readers will have a special appreciation for these women as they courageously take matters into their own hands for the greater good. I find that aspect of the tale particularly liberating. Inaddition, by tackling the realm of cyber space, I’ve expanded my dimensions for suspense, terror, and even retribution. We know about the mean streets out here, but what about the deadly paths in the cyber world? ‘WWW.com’ takes you way out there. It is then up to the reader to find their way back home,” reveals Taylor.

For more information about Madison Taylor’s “WWW.com,” and to secure copies, visithttp://www.5starpublications.net   or www.iammadisontaylor.com .

Madison Taylor can also be reached at www.twitter.com/madisonme and atwww.facebook.com/iammadisontaylor .

Pics from The “I Am Music” Tour of Keri Hilson, Llyod and...