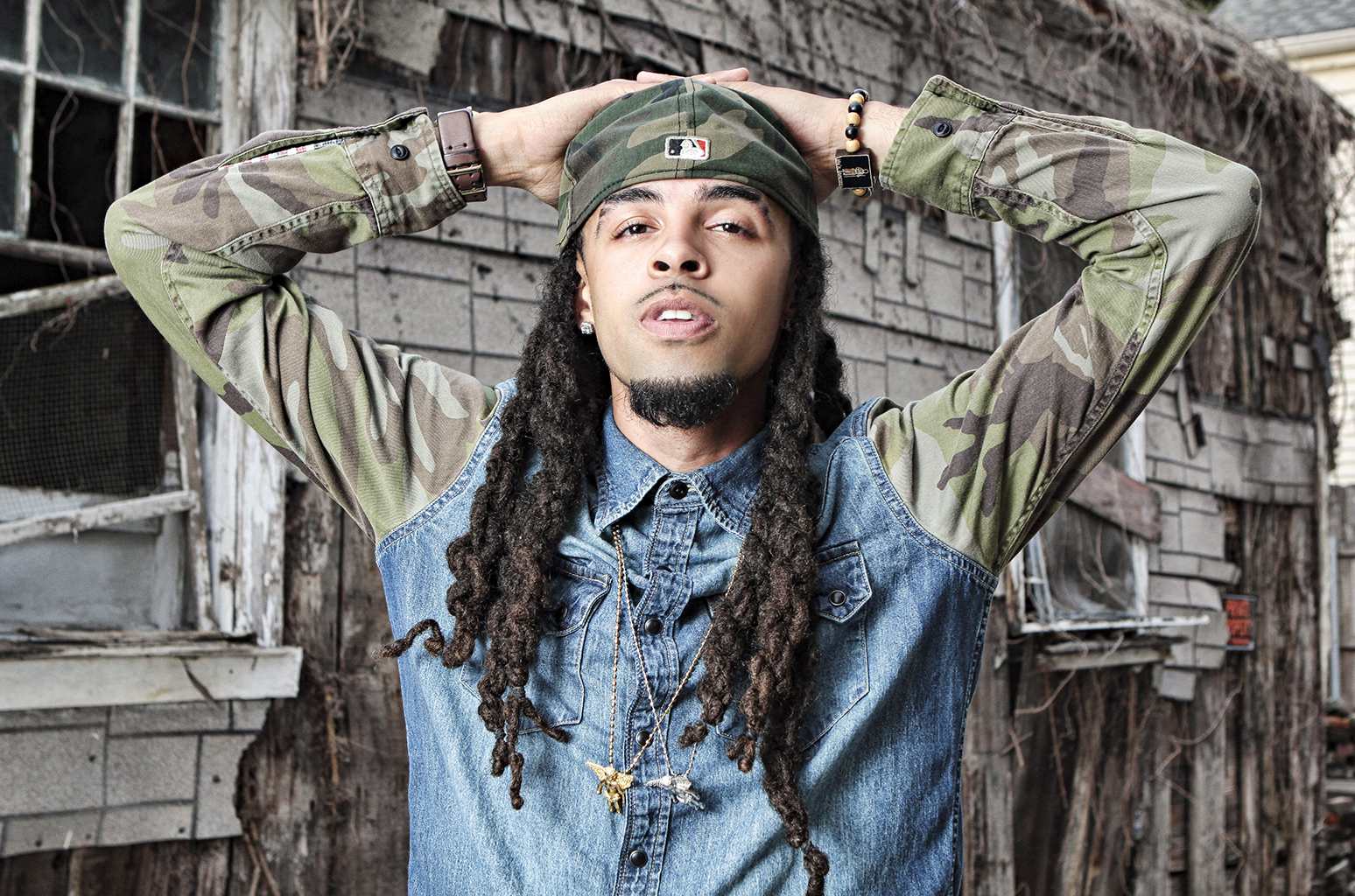 New Orleans based rapper, Dee-1 made himself a nearly-household name by paying off his student loans and releasing a hot song and video about the experience. “Sallie Mae Back” got over a million views as it went viral because the rapper used a big chunk of his advance to pay the educational funder.

The rapper/educator is finally embarking on his big mission to change the rap game with all-new tracks on his long awaited major label full-length debut album, Slingshot David (The Album).  An astounding autobiographical triumph, Slingshot David (The Album) charts Dee-1’s adolescence and his maturation into the man he is today.  The album details his real physical and spiritual struggles while growing up in New Orleans.  The high stakes are immediately recognized through Slingshot David’s narrative device: recorded, unscripted conversations with the nephew of his late best friend, who was murdered in their home city.  The real-life implications highlight Dee-1’s perseverance and journey, and give his debut a gravitas not seen in many other albums.

“My whole life has really felt like a fight,” Dee-1 explains. “I always felt like the underdog in terms of the city I’m from, the part of town that I was from, and especially later in life getting into the rap game. I was a college graduate teaching middle school, attempting to become a rapper and actually make a name for myself.”

On the rapper’s website, he proudly posts his personal mission/vision:

Mission Vision is a state of mind where you are committed to focusing on three things in life.

An ever-growing relationship with God.

Using your skills and talents to create a better existence for yourself and your loved ones.

In everything you do, be real, be righteous, and be relevant.

Even with all the powerful moments, Slingshot David (The Album) is a fun, propulsive record, reveling in the highs of Dee-1’s life as much as it is pained by the lows.  The album has fun reminiscing about the Cash Money Records era of New Orleans on “Wanna Be A Hot Boy.”  Dee-1 flexes his New Orleans styles, bouncing over “Intelligence” and fiercely tearing into album closer “Hol’ Up.”

The album deftly maneuvers between styles, tempos, and themes, on other songs such as “Love Always Wins” (feat. Sevyn Streeter) and “For The Stars” (feat. Avery Wilson), delivering an exhilarating musical journey beyond most of his peers. With Slingshot David (The Album), Dee-1 has produced one of the most important albums of the decade.

Dee-1, a former school teacher, continued to create a huge buzz in the rap game with a series of mixtapes including the 2011 release of “I Hope They Hear Me Vol. 2”, a mixtape packed with 18 high energy tracks. Most historic was his single “Jay, 50, and Weezy,” that put him on the radar of major label reps. Dee-1 released “The Focus Tape,” (hosted by legendary DJ Mannie Fresh) in 2012, followed by “Psalms of David,” (featuring the hit song “Work” ft. Lecrae) creating fans worldwide. Dee-1 signed to Sony Music in 2013 where he released his first EP “3’s Up” with the label at the top of 2015. His debut album is out now.

Bridget Kelly Team Up with U.K.Rapper K Koke For ‘My Time’ Video

RnB Magazine Chats With R&B/Bluegrass-Soul Duo, The Amours, As They Talk New...