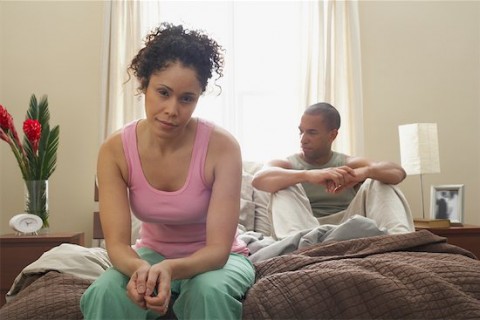 Ladies! Have you ever been in love with a man and thought that he was everything you could have ever dreamt of? Did he lead you on, so proficiently, you thought to yourself, “Damn! He’s good at this!” Don’t worry! There are other women out there that thinks just like you do. RnB Magazine received a short letter from a reader telling us about how dirty men can get!

Title: Lead on. Move on.

As an undergrad entering the University of California system, I walked into my first lecture to be introduced to my professor and teaching assistant. The assistant was tall, handsome, and charismatic. I fell helplessly in love from the first site. After making a tremendous effort to get him to notice me, by dressing nicer than usual, emailing him, asking any question just to talk to him, I finally got what I wanted. His attention. The class was over, and I started randomly seeing him around campus. I broke, finally telling him how I really felt. He told me he had felt the same. I was in utter shock! He liked me as well? He kept leading me on, giving me false hope, to one day just telling me he did not have time for me because he was to preoccupied with academia. Then why did he lead me on? I told myself…. Couldn’t he just tell me this from the beginning, rather than just build me up to break me down. The leading days were hard. I was depressed, cried over a man who probably was having a good laugh with his colleges. I walked down to the bar to hang out with some friends, when a male asked me out. He took me to dinner the next week and treated me like a princess. Why was I worked up over a guy who did not care for me, when I could have a man who would? In my life filled with love disasters I found hope. By being led on, I was taught to move on, for my own happiness and worth. Through life I found you have to be hurt to love and also you have to love yourself.

Ladies, I want to leave you with this…

If you ever find yourself feeling hopeless and helpless over a man you thought cared for you, but in reality, was just using you for their sick, little game, do NOT give up on love. Sometimes we have to go through these things to find out what it means to be treated right by someone. You have to go through the bad and the ugly to get to the good. Trust me, we’ve all been through it. It hurts for a while, but more sooner than later, you WILL find happiness.

Rumor Has It: An A-list Couples Marriage Gets Blurry, Trekkie Secretly Get Married