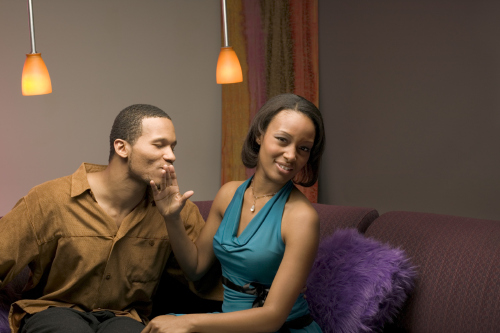 It’s your first date. You’re super excited because ever since you gave him your number at the mall, club, bar, denny’s across the street, or wherever, you can’t stop thinking about him. Y’all been talking about hanging out for weeks now and that time has finally come. It’s date night!
You call up your best friend to have a little girl therapy before heading out for your big date. Typical questions that may arise are “What do I wear?” Or “How should I wear my hair?” But the most common question that your bestie might ask is where are you two going. Hmmmm good question, right? This is the simplest question, but we tend to have the hardest time answering.
If you’re like myself, you don’t think about the where’s because you’re too excited to hang out with this new guy you’ve been dying to see. All you know is you and him are finally going to get some alone time to really get to know each other.
While this may seem cool and all, don’t get too ahead of yourself. No point in dressing up if you two are going paintball shooting. At times, we women tend to fancy ourselves into thinking this guy is prince charming when he is just the typical Joe Schmo from up the street. Hopefully he isn’t, but living in a generation where most men don’t know what it means to have a real date, we tend to get our hopes up.
Okay, fast forward. After exhausting probably twenty different outfit choices and putting your hair in a ponytail, a bun, flatironing it, only to place it in a ponytail again, you are finally dressed and your hair is layed to the Gods.
You get that “I’m outside” text letting you know that it’s time to turn up. He’s here!!!!!!!!!!!
You go outside to see him sitting in his car waiting for you hop in the passenger’s side. When you get in the car, he greets you, either with a hug or a kiss (depending on how bold he is). You get few whiffs of his cologne and few awkward stares. Then he asks the question. The dreadful question I know we all hate hearing. “Where do you want to go?”
In my head all I’m ever thinking is “you really didn’t plan this all out?” But, since this guy is fine as hell, you let him pass. After the movies is a no go and you can’t decide where to eat, he pulls into a parking space and takes the keys out the ignition. “Uhh. What the hell?” Yes, girl. You’ve gotten all dolled up to sit in his car in front of your house.
If he’s feeling spontaneous, you might end up at his homie’s house. I hate, hate, hate the “homie’s house.” When a guy hits me with the “homie’s house” line, I automatically get a signal in my brain that lets me know this dude is just trying to get some. If he doesn’t care enough to take me to Yogurtland or Chipotle even, I’m cutting him off. But being the down type chick you are, you agree and the two of you head to his friend’s house for a full night of madden and Mary Jane. There you are sitting pretty with your new dress, hair layed, legs crossed with a dude to your left passing you some ganja or asking what you “got on the session.”

Rewind! Ladies let’s avoid these situations by pinpointing hints that will let us know he ain’t work shiz and the fairy-tale date you imagined-the walk on the beach, holding hands after you’ve eaten at a nice restaurant and watched a romantic comedy-is all but what it is, a dream.

Okay, I know it may be hard to detect signs that you may be dealing with a guy entrapped in a generation where men lose sight of how to treat a woman, but I’m here to help you pinpoint those little signs that might help you avoid sitting on a crowded couch surrounded by guys smoking and playing video games or in front of your house watching your neighbors walk by and head out for a night of partying. (I say this coming from experience).

1.Communication:
After meeting this new guy and from talking to him whether it be text or phone, you can kind of tell the type of man he is. I know people say you can’t really get to know someone until you hang out with them-which is true-but, men will give us little hints here and there. Depending on the type of texter he is is also a sign in itself. If he takes 9 hours to respond to a “How is your day text,” he isn’t that really invested. Now before you cut my head off, hear me out first. Some of us are busy. I get that. I know it may take some of us a while to get back to a text message because we’re at work or school or just busy. But being busy never justified responding to a text from someone you really like. When you really like someone, that 10 seconds responding to a message, comes easy. If you can spend 2 minutes uploading an Instagram selfie and finding the proper caption to sync with your picture, than you can respond to a text message. As technology crazed our generation is, our phones are always in our hands and if not, close by.

If you and this guy have been planning on hanging, nine times out of ten he’s asked what you like to do for fun, which means he should be planning a little something special for the two of you. I mean this is the first date. I’m a firm believer of the first impression means everything and if he can’t take the time out to treat you to a movie or inexpensive dinner, he isn’t interested in wifing you.

2. The “I’m Outside” Text and “Come to my door baby”
Once this new potential boo shows up to pick you up from your “date,” he sends you an “I’m outside” text. While most may believe that a guy should come ring your doorbell and greet your parents with a bouquet of flowers in hand, it probably won’t happen-which is understandable. I don’t expect my dude to do this and I know many of you don’t as well. But if you are the type that is old school and believes a man should come to your door, more power to you.

3. You can’t open my door?
Though I’m not trippin’ if a guy doesn’t come to my door with a dozen roses, I am “trippin” if he doesn’t get out his car to greet me with a hug. How hard is it to get out of a car and properly greet a girl you’re talking to? Not hard at all. If I have to play inspector gadget on which car is yours and open the passenger door myself, you’re losing major brownie points. And no “I’m in a black Camero” is not an acceptable form of greeting. I need to see you hop out that black Camero, arms extended for a hug.

4. No Surprise?!
Maybe it’s just me, but I like a man to surprise me with a destination for our date. If he has to keep asking me what I like to do and where I want to go, I’m going to get turned off. Many ladies like a guy who’s assertive. If you’re constantly asking your girl what she wants and what she wants to do, you aren’t showing that assertiveness we crave for. This is a sign, he has not planned or even thought about where you two should go for your first date.

Remember ladies, no matter how hard men try to make it about them, it’s all about you, at least for that night. This is his night to show you how he feels about you and your night to show him how bad of a bish you are. Don’t limit yourself and settle for a night at his friend’s or a night in the car. I hope I was of some assistance today. One more thing before I end this, don’t think I’m male bashing, because that’s not what I’m trying to do at all. I’m trying to explain how us women need to value our worth and start putting ourselves and what we deserve first. Let’s stop focusing on what we want and start focusing on what we need. And that isn’t a guy who takes girls to his homie’s house. Typically, you aren’t the first girl he’s brought there anyways. Well, I’m off now. Happy Dating!

PCOS Is Becoming An Epidemic