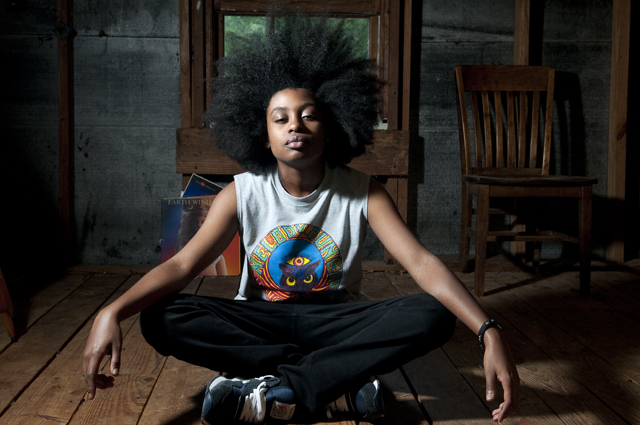 Top Dawg Entertainment finds another diamond in the rough, Singer and songwriter, Gwen Bunn. Originally from Decature, Georgia Bunn may seem like an underground artist until her debut on Schoolboy Q’s single Collard Greens feat. Kendrick Lemar, back in May. Starting in Georgia Bunn had a less that famous start with the piano in grade school. Her first audience performance was with church choir, this opened her eyes to her true passion in life, singing. “The choir director asked me to lead without any prior rehearsal. That day changed my life because I learned what it was like to perform in front of hundreds of people and feel comfortable”, states Bunn in an interview with LA Weekly.From there she learned several different instruments and persued singing until she earned herself a scholarship to Berklee College of Music in Boston. Continuing her career with a trip to Los Angeles to meet with a few producers, one of which was Rick Bricks from the THC Production company. They began to collaborate on a track together, which Bunn was later told Schoolboy Q picked up the track from THC  production company. Before Bunn knew it one of her song collaborations was immediately at the top of the charts! Aside from her quick-to-fame song, Bunn is working on her own album Melody Dungeon, leaving us on edge for its release date. She also spills that she will still be working side by side with more production companies as well. Big things are happening quickly for this soul-filled Georgia girl.

Teedra Moses Is Back In The Game After A Decade.