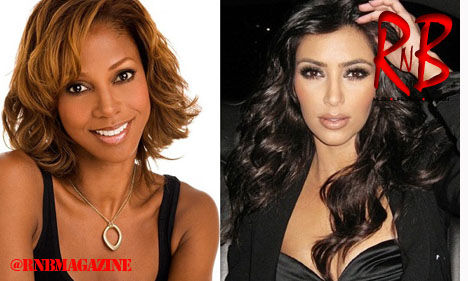 Holly Robinson Peete says Kim Kardashian did her man wrong but doesn’t think it will hurt her standing with Kardashian fans.

Peete told The Hollywood Reporter she believes most U.S. television viewers saw Kardashian’s high-profile wedding as something to watch on TV and aren’t too shocked to see it end after just a couple of months.

“This is all about money, and fame, and all those things,” Peete said.

“This is her brand. I think it’s going to be totally fine. It’s now who’s she going to date next.”

Peete said she felt Kris Humphries actually liked Kardashian and was used by her.

She says she recently hung out with some basketball stars who like her only felt pity for Kris. “That’s all those guys can talk about and the gist of it was they just felt so sorry for him, because they know he just got so caught up in stuff. And I just feel bad that no one’s talking about him, I really do. I feel terrible for that boy. They were saying that when you’re known for marrying someone who has an “amateur” tape out, that was all they can talk about, and how that isn’t sexy right there.”

“I feel terrible for that boy,” Peete said.

“I think he really loves her and he’s young and he’s not used to that type of world.”

Video: Keith Robinson’s Smoothed Out ‘My Hustle’ (Produced by the RZA)