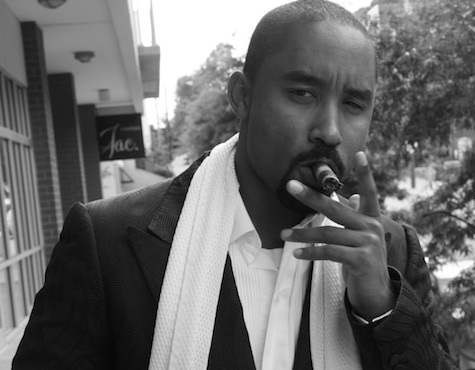 Johnta Austin is an American songwriter from Atlanta Georgia. This young songwriter is signed to So So Def Records. Johnta has teamed up with some heavy hitters like Jermaine Dupri, The Production Team and Star Gate. Working under these phenomenal men, Austin earned himself two Grammy’s with songs, “We Belong Together” by Mariah Carey and “Be Without You” by Mary J. Blige.

Austin was bitten by the showbiz bug at an early age. When he was eight years old he hosted CNN’s show Kid Beat along with other shows. Johnta originally wanted to act, but always had a hidden passion for music. He would test out his tool by singing in the church choir. He started to take the craft seriously and pursed his fate. When Johnta performed on the Arsenio Hall Show, Arsenio offered him a spot in his band. In the 90s RCA signed Johnta to the label. He would later write the song “Sweet Lady” by Tyrese and shortly after the label dropped him.

Johnta Austin did not let the road blocks in his life stop him as he continued to strive forward. He later linked up with Jermani Dupri and the two make up a solid team. Johnta had the chance to write for some amazing artist like Chris Brown, Monica, Jennifer Hudson, Janet Jackson and the late great Whitney Houston.

Johnta enjoys writing, while performing is just an added gift. Austin is preparing to release his three-part album Love, Sex, & Religion. Watch out for Johnta Austin, he knows how to mix up a hit and the pot is brewing.

John Legend and Ariana Grande Cover “Beauty and the Beast”

Bobby Put a Ring On It: Bobby Brown and Manager Alicia Etheridge’s...

And The Nominees Are…

Learning From Jude Rose Single “Lose”: Don’t “Lose” Yourself To Someone Eles!