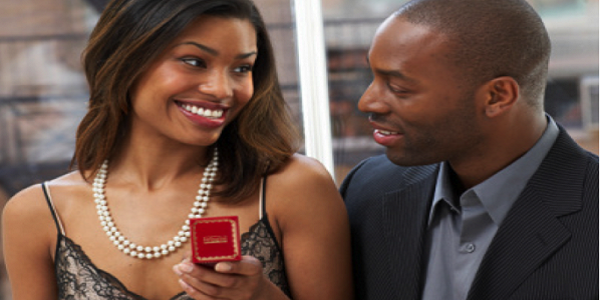 I can remember a time when everyone wanted to know when Oprah was going to finally marry Stedman. I was a young girl and now I am a grown woman, and Oprah still hasn’t married Stedman. It’s hard to imagine a woman that doesn’t dream of a fairy tale wedding and we all know that Oprah can afford thousands of fairy tale weddings, so why didn’t she ever get married? It obviously doesn’t seem to bother her but when two people have been together for a while they often get the same question from friends and family- when are you going to get married?

If two people are in a long-term healthy relationship, why should they get married just because others think they should? Maybe they are happy living together and being a couple without the rings and the sharing of the last name. Some people say it’s just a piece of paper, but is it?The question I had in mind is: how long would you be with someone without being married?

My personal answer is maybe five years, but then again after five years who is to say that I would want to get married if the relationship is a good one. I have never been married, so I can’t say that marriage would change things. Marriage takes things a step further in terms of sharing property, money, or anything legally binding. Your “things” aren’t just yours anymore and when making decisions it is imperative to include your spouse. Your spouse’s debt could even keep you from getting something that you want.

So if I have been with someone for a few years, and we share a home, and maybe even children and we are fine sharing our life without the legal commitment, who is to say that we are wrong? If you believe in God then the fornication aspect of it is wrong. I have just noticed though that in 2013 people are a lot less traditional than back in the day. Is this a good thing or a bad thing?

If you have thoughts or comments on this article hit up @rnbmagazine on twitter and tell me your thoughts.

John Legend Marries Model Girlfriend PLUS Find Out Which NBA Superstar Put A Ring On It!