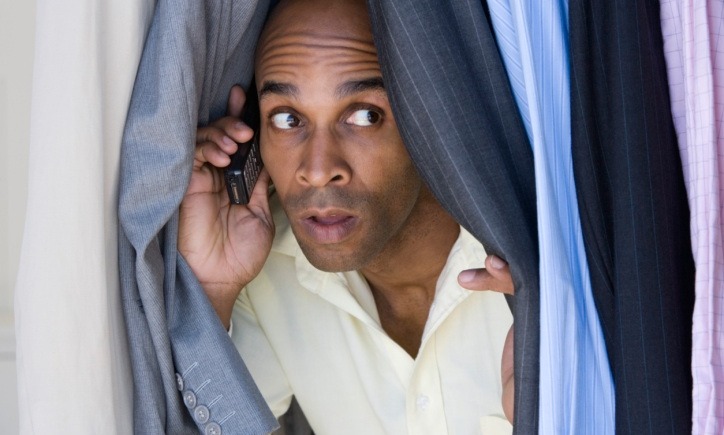 What is emotional cheating? One instance can be when your mate develops a friendship or a bond that is too close for comfort. Some people don’t just cheat based off physical attraction. Once a bond is developed your mate may begin looking at that person different.

Is looking considered cheating? I don’t think looking is considered cheating, but everything must be done in a tactful way. Of course a man will look at a pretty woman because he is a man, but when he starts gawking at women in his lady’s face, that is a serious lack of respect.

Related Article: Are you the Side Chic? 5 Tell-tell signs

Most men and women engage in flirting when their mate isn’t around, is there such a thing as harmless flirting? I don’t know. I certainly wouldn’t want my man being flirtatious when I am not around. In my opinion if there is an attraction on both ends, then “harmless” flirting can absolutely lead to cheating. Here are four things that may lead to cheating:

Intense flirting
If your mate sees the same person at work, school, etc. several times a week and flirting is exchanged on a regular basis there is some sort of attraction there. It doesn’t take much for the words spoken during flirting to become a reality. Don’t know if what you are saying is inappropriate? If you wouldn’t say it to the opposite sex around your mate, then it is wrong and you know it.

Sending frequent emails, messages, via social networks
It doesn’t take a lot of nerve to message someone via social site. Maybe there is an old ex or someone you have a crush with and you decide to engage in conversation with them via the internet. If you can’t say what you have to say on their wall, under a picture, etc. where others can see it, then you may have an ulterior motive.

You become a therapist
If your friend of the opposite sex is always calling you when he or she has a problem, that can be danger, especially with emotional  females. After a while, she will view you as her knight in shining armor and develop some sort of attraction for you.

You start spending time together
If you start meeting up with the opposite sex for dinner, drinks, etc. no matter how harmless you tell yourself it is, it can be considered a date. Especially if your significant other doesn’t know about the meeting. Bring alcohol into the mix and that makes for a dangerous situation.

Again if you are in a relationship and you are unsure as to what cheating is, ask yourself would this make my girlfriend/boyfriend upset? And if the answer is yes then you shouldn’t be doing it.

#BGirlDiary The Most Disastrous Date EVER