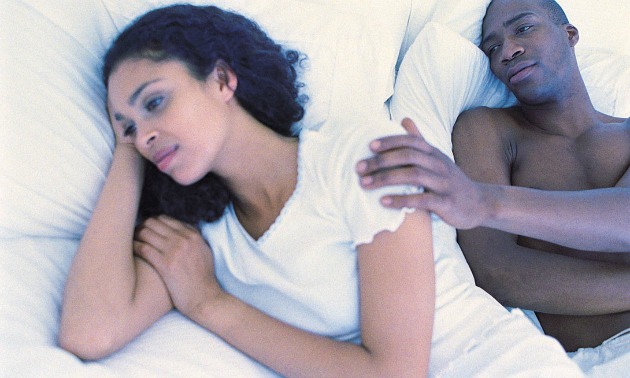 We often hear that for women, “sex is her power”.  For centuries women have used their bodies and beauty to attain some type of reward. Whether that be negative or positive. Women to this day still use sex as a weapon even in relationships. If her man is acting up she withholds sex, if her man has gotten her a beautiful gift she rewards him with sex. It’s very apparent that we as women use sex to our advantage at times. Many women believe this works when first meeting a guy as well. I had a good friend who would always be meeting successful, well rounded, wonderful guys but she couldn’t seem to keep them interested for very long. I remember her always saying things like “just wait, I’m going to have him hooked once I put it on him”. She truly believed that when first meeting a guy, good sex is what would win him over and keep him around. Apparently her theory wasn’t working to her advantage. Granted, every guy wants sexual satisfaction from a woman their interested in, but is this what really makes him determine whether or not he’ll be sticking around for the long haul? If you have sex with a guy right away are your chances of keeping him interested higher?

I interviewed a few of my male friends and found out some pretty astonishing information. The majority of them said if they REALLY liked a woman, they’d actually rather wait awhile before having sex with her. They went on to say if they were driven by lust and didn’t really see a future with the woman they’d have sex with her right away. This was very interesting to me. I wondered if it was because they were afraid things would mess up. One of my good friends said he’d rather wait because if he really liked a woman he’d be more interested in getting to know her. He said that when a man really likes a woman he’s interested in wooing her and courting her. He looks forward to dates and long conversations. Sex becomes the desert oppose to being the main course. He even said if he has sex with a woman he liked too soon things naturally became awkward.

I truly believe that the awkwardness comes from being intimate with someone who you really know nothing about. It should feel weird and unnatural to anyone to experience sex with someone they  barely know. Sure men can have sex and it can be purely sexual for him but how does he usually feel afterwards? He’s ready to run to the nearest exit! When you take time getting to know someone sometimes sex is even better. You become more in tune with one another on an emotional level. When you have sex too soon, sometimes you’re not sure what to talk about after. This seems to be most of my male friend’s dilemma. They usually state that they meet a beautiful woman, take her home, have amazing sex with her, but by morning they are DYING to get away from her. Men usually say they feel this way for many reasons. The top 5 reasons are listed below

Since we’ve heard from the horse’s mouth how men really feel about us giving it up too soon I think the best thing is to always get to know a man first before sleeping with him. This avoids him judging us and making assumptions which probably aren’t even true. Unfortunately we live in a double standard, sexist world which means we as women have to be 2 steps ahead. We have to think before we speak and plan before we act. Sure men want to have sex with us immediately but it’s the woman he had to “convince” to sleep with him that he ends up marrying. Look at it this way, we can NEVER go wrong by waiting to have sex with a guy. We avoid the guilt. We avoid that dreadful day following the act waiting for the phone to ring. We avoid feeling ashamed and used. We also avoid someone calling us easy. The bottom line is that sex may initially get a man’s attention if we throw it his way but it’s not whets keeping him around that next morning. In my book “The Mean Girls Handbook of Etiquette” my co author and I have a chapter called “A Sunday kind of love” which is the title of an Etta James song. The song says “I want a Sunday kind of love, a love that lasts pasts Saturday night’. We all long for this kind of love and unfortunately that kind of love rarely lasts after a Saturday night fling. Sure we as women long for spontaneous, sexual satisfaction at times. But in the end is it really worth your self esteem, the judgments, and post loneliness? Is a night of passion worth the 24 hours that lay ahead or the damage of a potential relationship? Definitley something for us to all think about.

7 Accessories that Will Make Your Look Pop!