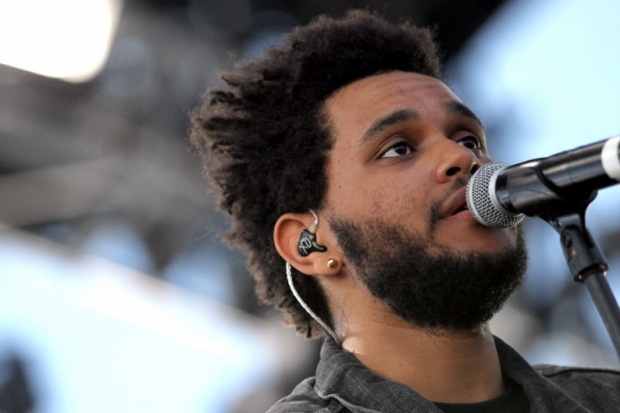 The Weeknd has been accused of sampling Portishead’s Machine Gun without permission.

According to The Drop:

Sampling is pretty common practice, especially in the world of hip-hop and R&B. And getting called out for sampling without permission is another commonplace. The Weeknd was recently accused of doing just that on his latest single, ‘Belong to the World.’

U.K. electro alternative rock band Portishead blasted the Canadian singer for sampling their song ‘Machine Gun’ without permission for ‘Belong to the World.’

Moments after the music video for the song aired on MTV, Portishead frontman Geoff Barrow took to Twitter to hint that the band declined any request to sample their music. “I think it’s a load of bollox,” he tweeted. “When someone asks to sample you and you refuse they should have the respect as a fellow artist to not use it.”

According to FACT Magazine, The Weeknd’s camp recorded their own version of the sample but kept two elements of the instrumental pretty similar to the Portishead version. However, it must have been way too identical, as Barrow went back to Twitter and claimed, “Seems The Weekend have said there is no sample used or enough likeness to ‘Machine Gun’ to warrant any infringement….or credit.”

The Weeknd and his people have yet to make a comment on the issue, and we have yet to hear if Barrow and his band will move forward with a suit. But before we think that it’s all about the royalties one makes on releasing a license, Barrow set the record straight. “We usually give sample clearance to tunes we like…As most of them hiphop artists are skint,” he shared

Check out Belong to the World and see if Portishead should be flattered or furious?