Jaheim Hoagland (born May 26, 1978) is an American R&B singer and former rapper, better known by his stage name of Jaheim. He was signed by Naughty by Nature’s Kaygee to Divine Mill Records in 2000, and released his debut album Ghetto Love in 2001. His second effort, Still Ghetto (2002), contains the hit “Put That Woman First” (2003), both of which achieved platinum success. Jaheim’s third album, Ghetto Classics, was released on February 14, 2006, debuting at number one on the U.S. Billboard 200, and selling over 153,000 copies in its first week.

Jaheim grew up in New Brunswick, New Jersey, in the Memorial Parkway Homes public housing. His father died in 1981, when he was only three years old. His grandfather sang with many top groups, including The Drifters, and their family reunions were big songfests. Singing at family reunions and local talent shows preceded a successful tryout at the Apollo Theater’s talent show. He won the contest three times when he was fifteen. Read More 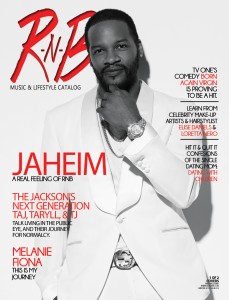 Lloyd Performs ‘Dedication to My Ex’ on The Tonight Show

Miguel Drops a Track Recorded When He was Only 14, a Gift...