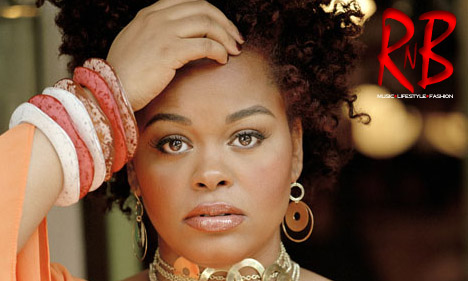 Jill Scott won’t be specific about who “d*ckmatized” her, but theLight of the Sun artist doesn’t deny that she’s been a victim. What exactly is “dickmatized”? “Where you get caught up in the whole sexuality of your relationship but it’s not going anywhere… Just somebody giving you the goods but not necessarily giving you the rest–or not expecting the rest from them,” Jill told S2S PublisherJamie Foster Brown. (S2S Magazine)

The singer also suggested women look for more in a person than just their sexual offerings.

Although she enjoyed it in the past, Jill advises women not to get caught up in strictly sexual relationships. “What I’ve discovered is, although it may be a lot of fun, it is also a waste of time and you might be blocking your blessing–blocking somebody who wants to be more to you than just a great time in your life,” explained Jill, who said she’s still looking for that person who wants to be more. How did she become un-dickmatized? “Just realizing what I have to offer. I’m so much more than my flesh!” she said. (S2S Magazine)

Last month, Scott opened up about falling out with her ex-husband.

“One of the reasons my ex-husband and I broke up is that he stopped eating my food. He was pissed [off] for other reasons, but the best way to show me was by leaving what I’d made for him uneaten for days on the kitchen counter. It was a smack in the face.” (Huffington Post)

Prior to calling off a marriage to drummer Lil’ John Roberts in 2009, Scott was married in the early 2000’s.

Scott and longtime boyfriend Lyzel Williams, a graphic artist and DJ, married in 2001 in a private Hawaiian ceremony during a vacation. The couple dated for seven years before they wed. Scott wrote and recorded the song “He Loves Me (Lyzel in E Flat)” about Williams. After six years of marriage, Scott and Williams divorced in 2007. (Wikipedia)

THE-DREAM GOES UP AGAINST DEF JAM, “THEY ARE TRYING TO STOP IT!

RnB New Music: Usher – What Happen To U

Fomer B2K Singer Raz B Is On Life Support