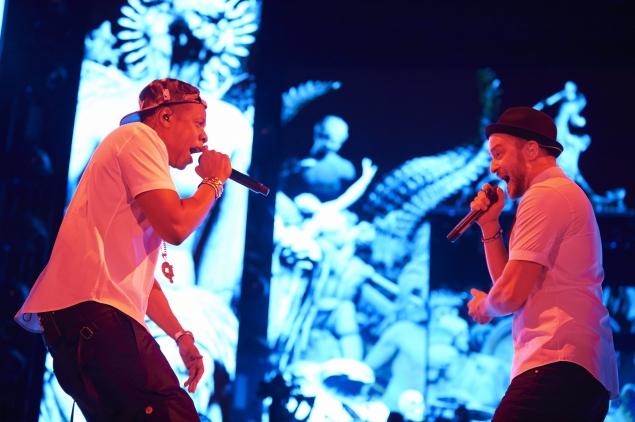 Yankee Stadium was graced by another set of legends Friday night when Justin Timberlake and Jay Z opened the first of many sold-out shows. The night was filled with many highs including a special “Empire State of Mind”performances with Alicia Keys and  Timbaland  joining Jay Z and Justin Timberlake for songs like  and “SexyBack.

The night could not end, or began with a special tribute to slain teen Trayvon Martin.

“This is for Trayvon so light up your cell phones New York,” Jay Z told the crowd.

The “Suit & Tie” duo performed a rendition of “Forever Young.”

As widely reported, Justin Timberlake and Jay Z will be touring throughout the rest of the summer in support of recently released efforts “The 20/20 Experience” and “Magna Carta Holy Grail.

Entrepreneurs and Working Women- Can They Have It All?

Ladies, Will You Be Attending The LA Women’s Expo This Weekend April 29 &30

K. Michelle Gives Her Fans a Peak at “AWBAH”